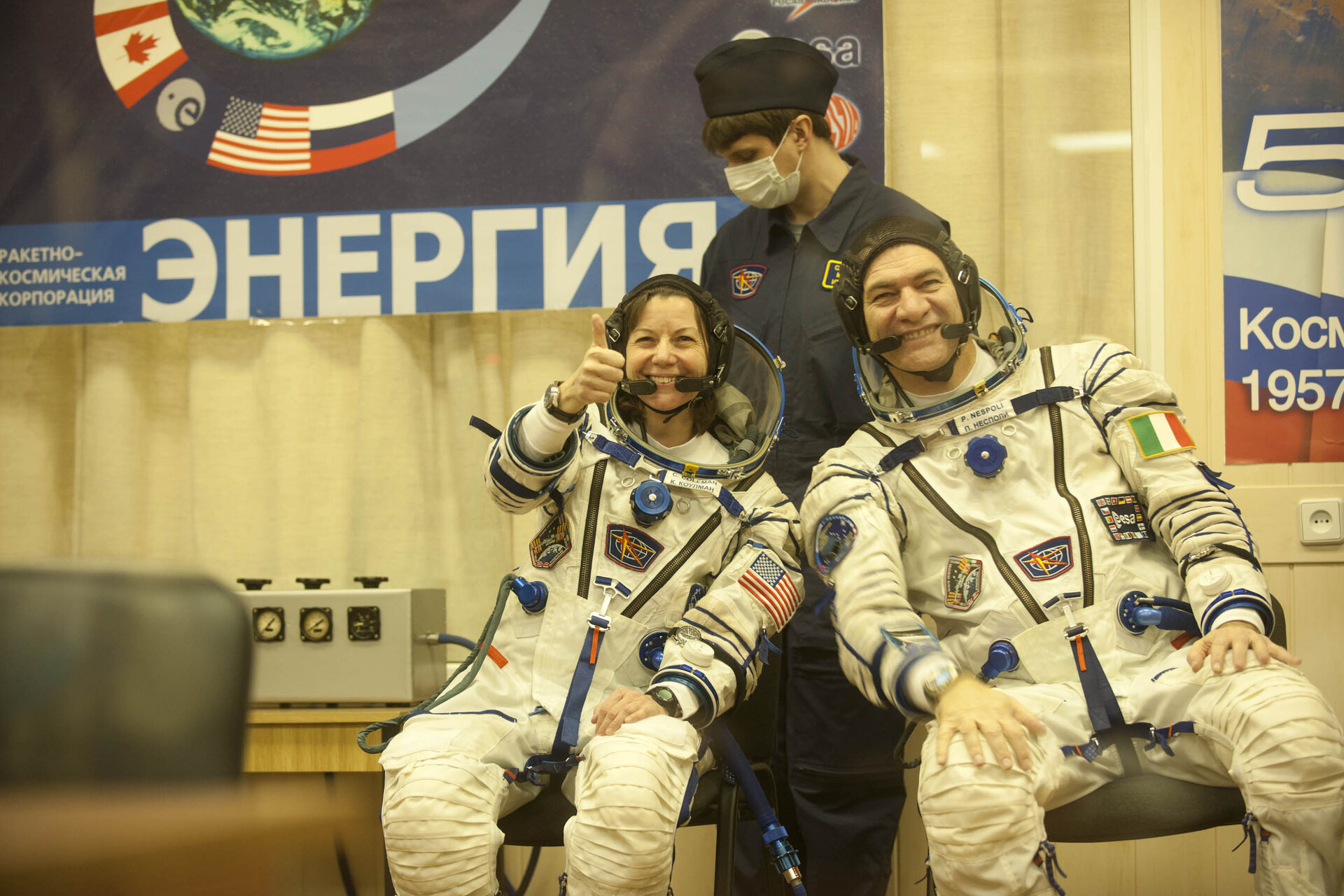 Paolo Nespoli and "Cady" Coleman ready for lift off

ESA astronaut Paolo Nespoli and NASA astronaut Catherine Coleman after donning their Sokol pressure suits in the MIK preparation building in Baikonur, some 4 hours before lift-off for the MagISStra mission to the International Space Station (ISS), on 15 December 2010.