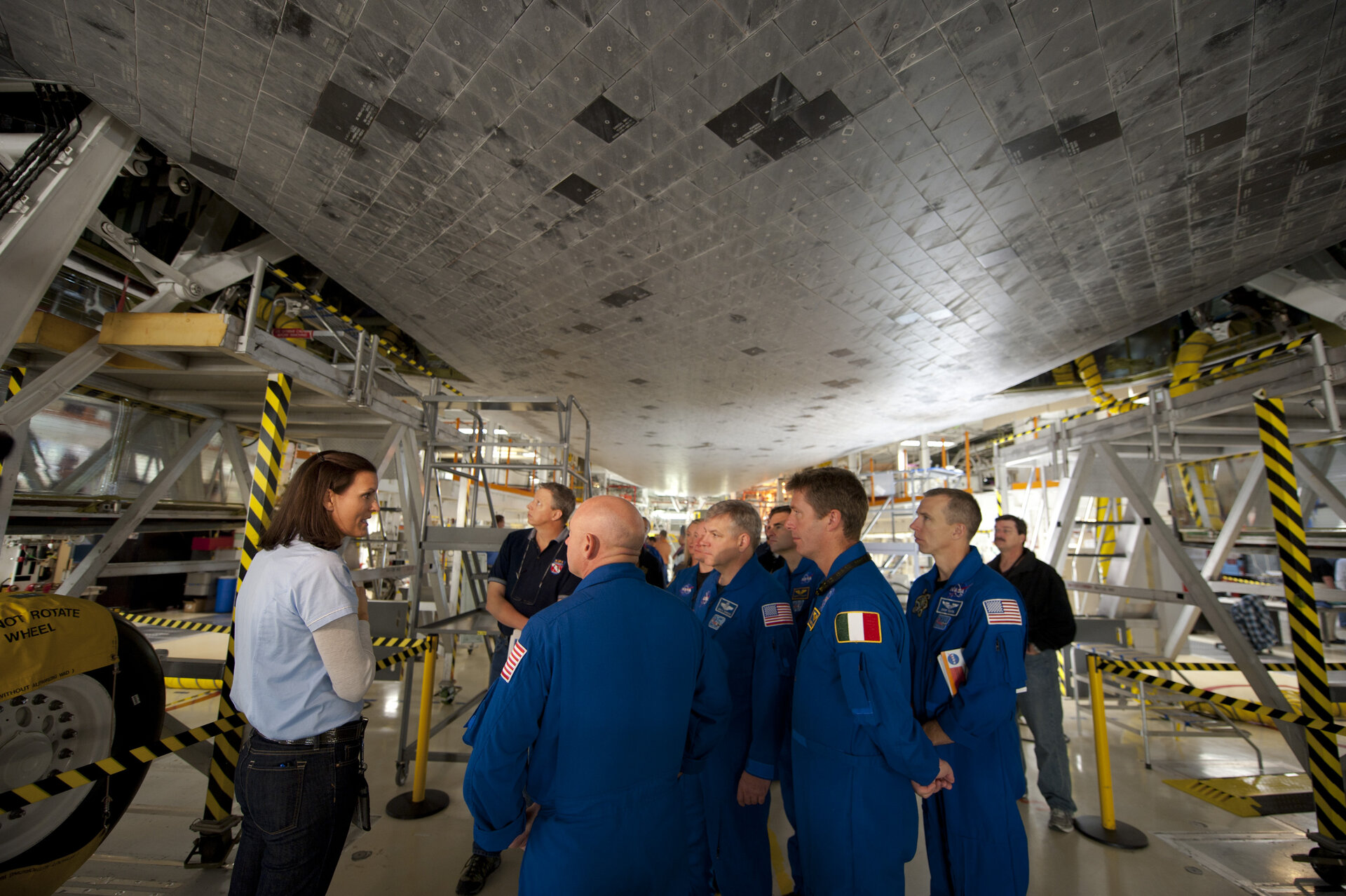 In the Orbiter Processing Facility-2 at NASA's Kennedy Space Center in Florida, the ESA astronaut Roberto Vittori and the STS-134 crew checks out the heat shield tiles that protect space shuttles during re-entry, 9 November 2010. The six STS-134 astronauts are at Kennedy participating in the Crew Equipment Interface Test (CEIT), which gives them an opportunity for hands-on training with the tools and equipment they'll use in space and familiarization of the payload they'll be delivering to the International Space Station. Space shuttle Endeavour is targeted to launch on the STS-134 mission 29 April 2011.