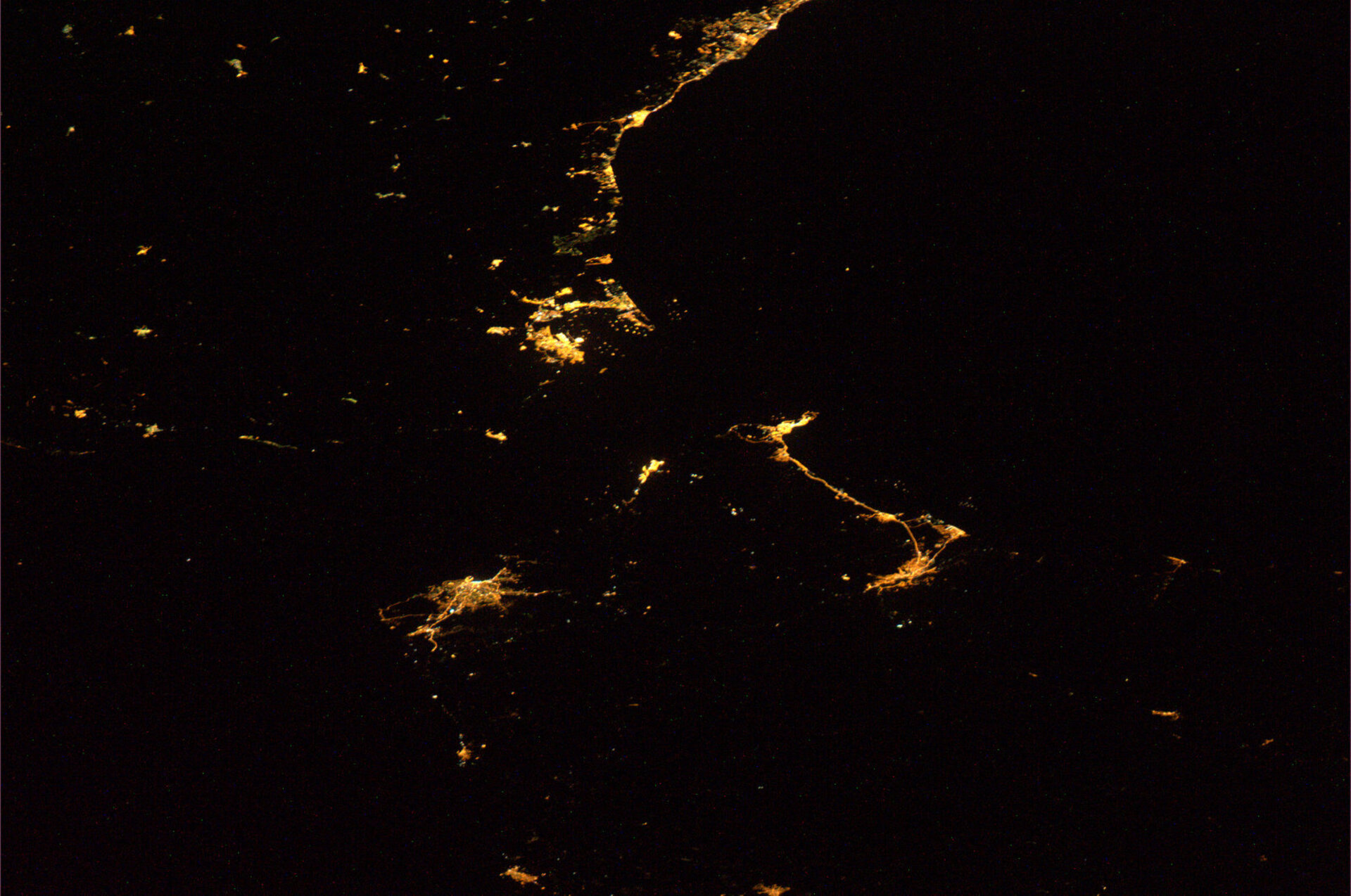 Gibraltar's Strait by night as seen from space.

ESA's Italian astronaut Paolo Nespoli took this photo on 1 January 2011 from the International Space Station, where he is serving as a flight engineer with Cady Coleman, Dmitri Kondratyev, Oleg Skripochka, Alexander Kaleri and commander Scott Kelly.