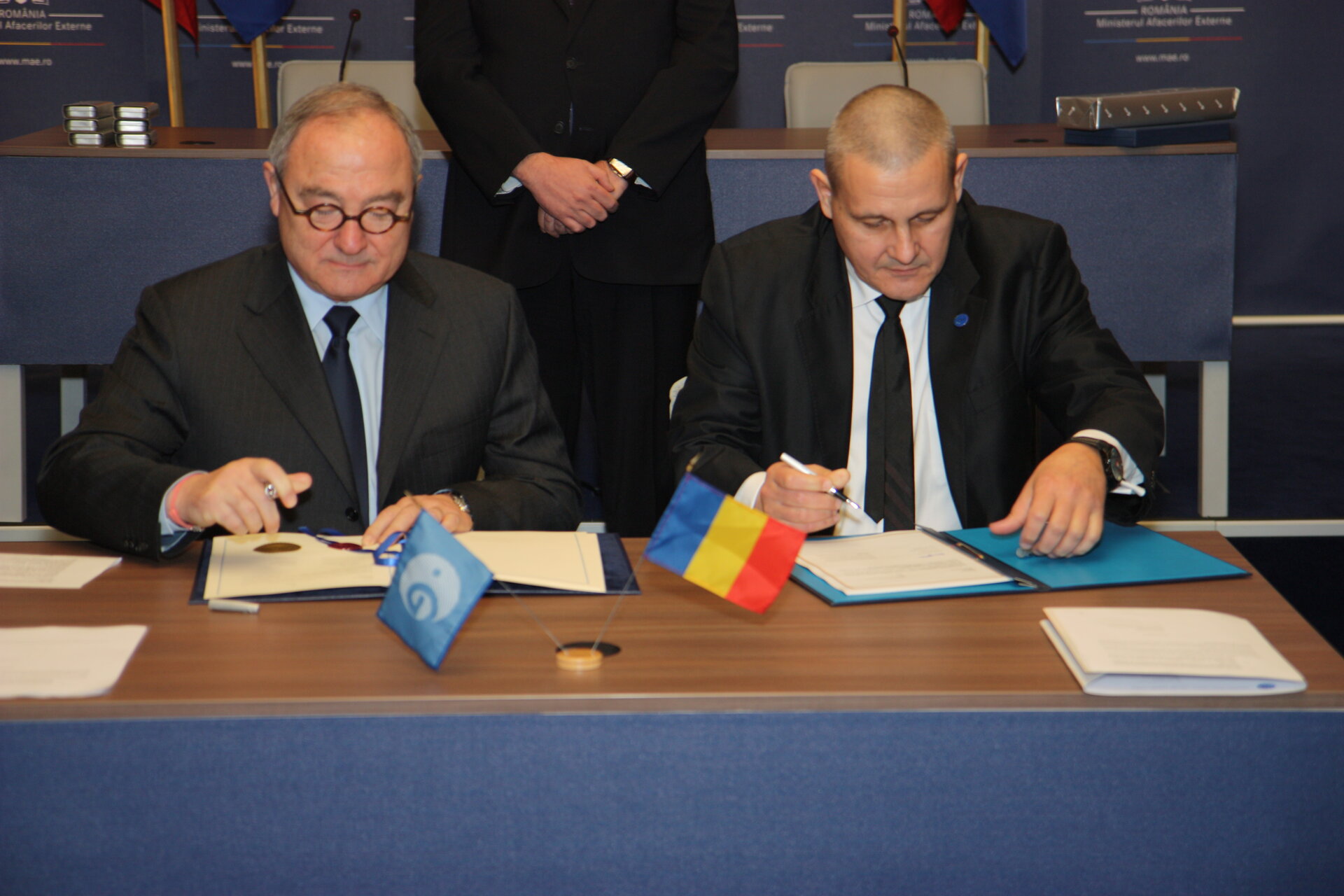 Signing the accession agreement in Bucharest