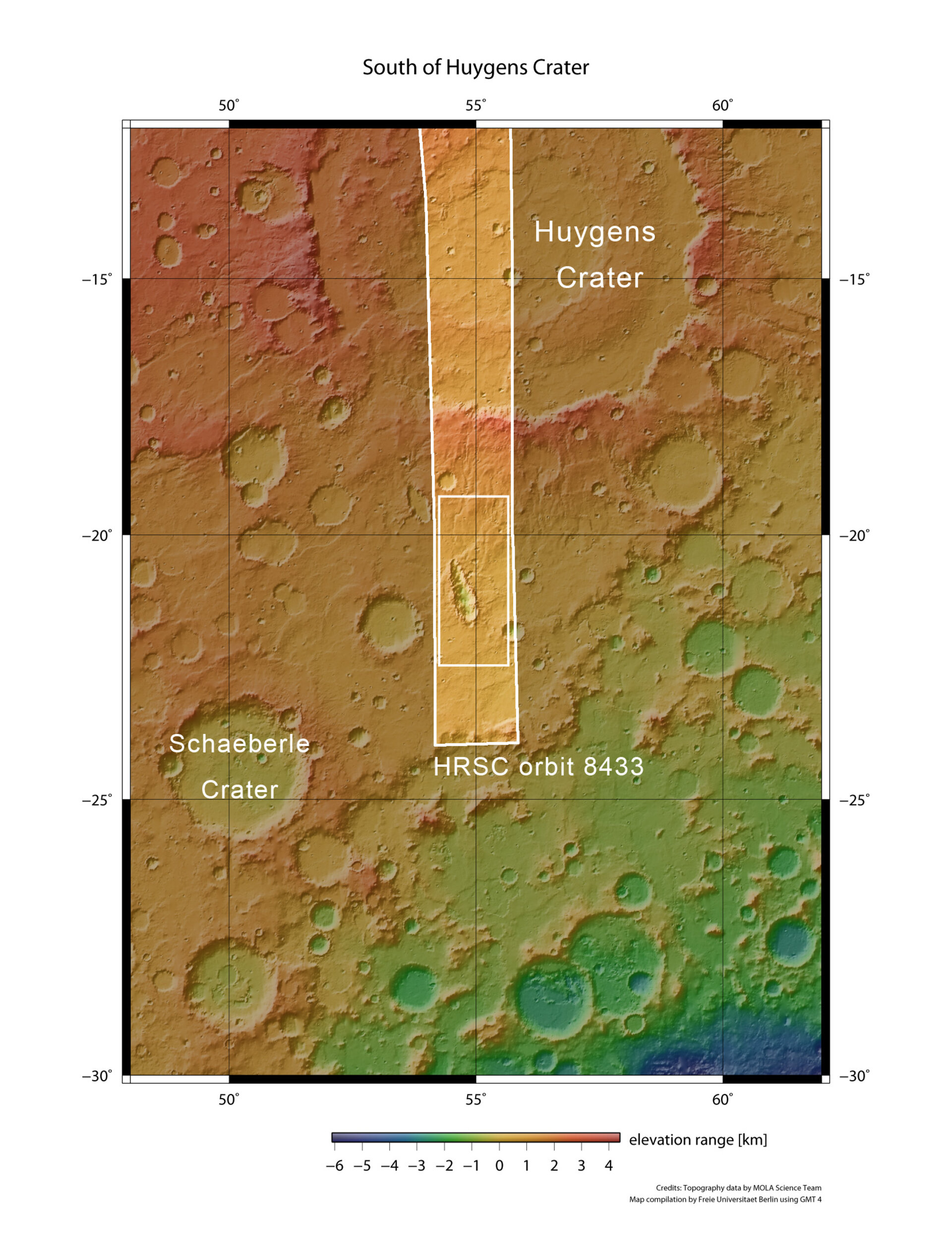 A wider contextual image showing the region around the elongated crater imaged by Mars Express. To the north lies the Huygens crater, named after the famous Dutch mathematician, physicist and astronomer of the 17th century, Christiaan Huygens, who discovered Saturn’s moon Titan. The impact basin is about 450 km across. The elongated depression seen in the HRSC images is located near the centre, and a second elongated impact crater lies to the north-northwest of the main target. It can be seen here, just outside the orbital track, and is in alignment with the main elongated crater, reinforcing the notion that these structures were the result of a train of projectiles.