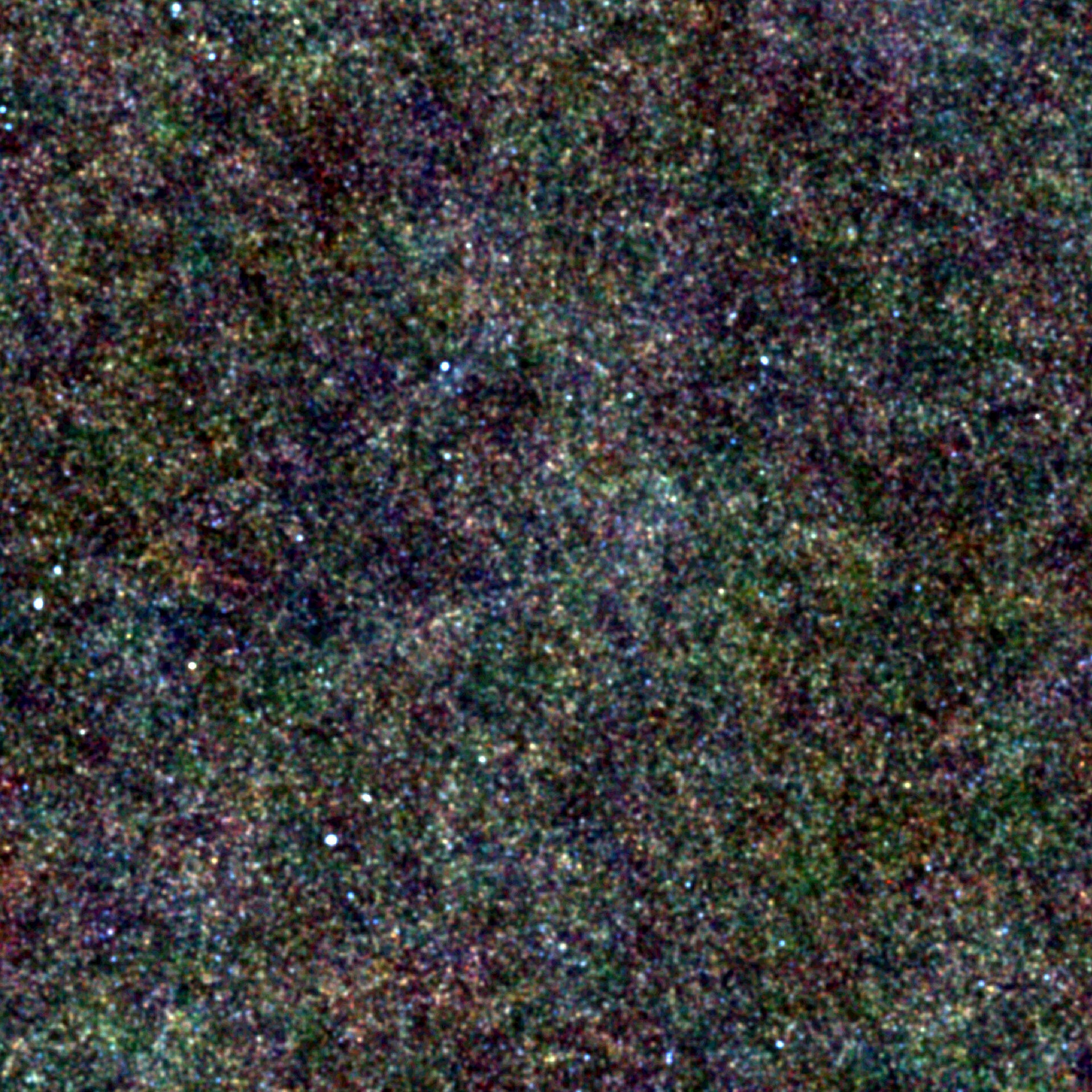 This false-colour image shows a patch of the sky known as the ‘Lockman Hole’, as observed by the SPIRE instrument on board Herschel.

Located in northern constellation of Ursa Major, The Great Bear, the ‘Lockman Hole’ is a field on the sky almost devoid of foreground contamination and thus ideally suited for observations of galaxies in the distant Universe.

Almost every dot in the image is an entire galaxy, each containing billions of stars and appearing as they did 10–12 billion years ago, when the Universe was only a couple of billion years old. The blue, green and red colours represent the three far-infrared wavelengths used for Herschel’s observations: 250, 350 and 500 micron, respectively. The galaxies shown in white have equal intensity in all three wavebands and are the ones forming the most stars.

Detecting these galaxies individually is particularly challenging, as they are both extremely faint and numerous, so many of them overlap in Herschel’s images. This creates a fog of infrared radiation known as the Cosmic Infrared Background (CIB), which reflects the clustering pattern of the galaxies responsible for this fog. Studying the CIB and its fluctuations is thus an extremely powerful tool to explore the way galaxies tend to be grouped on both small and large scales.