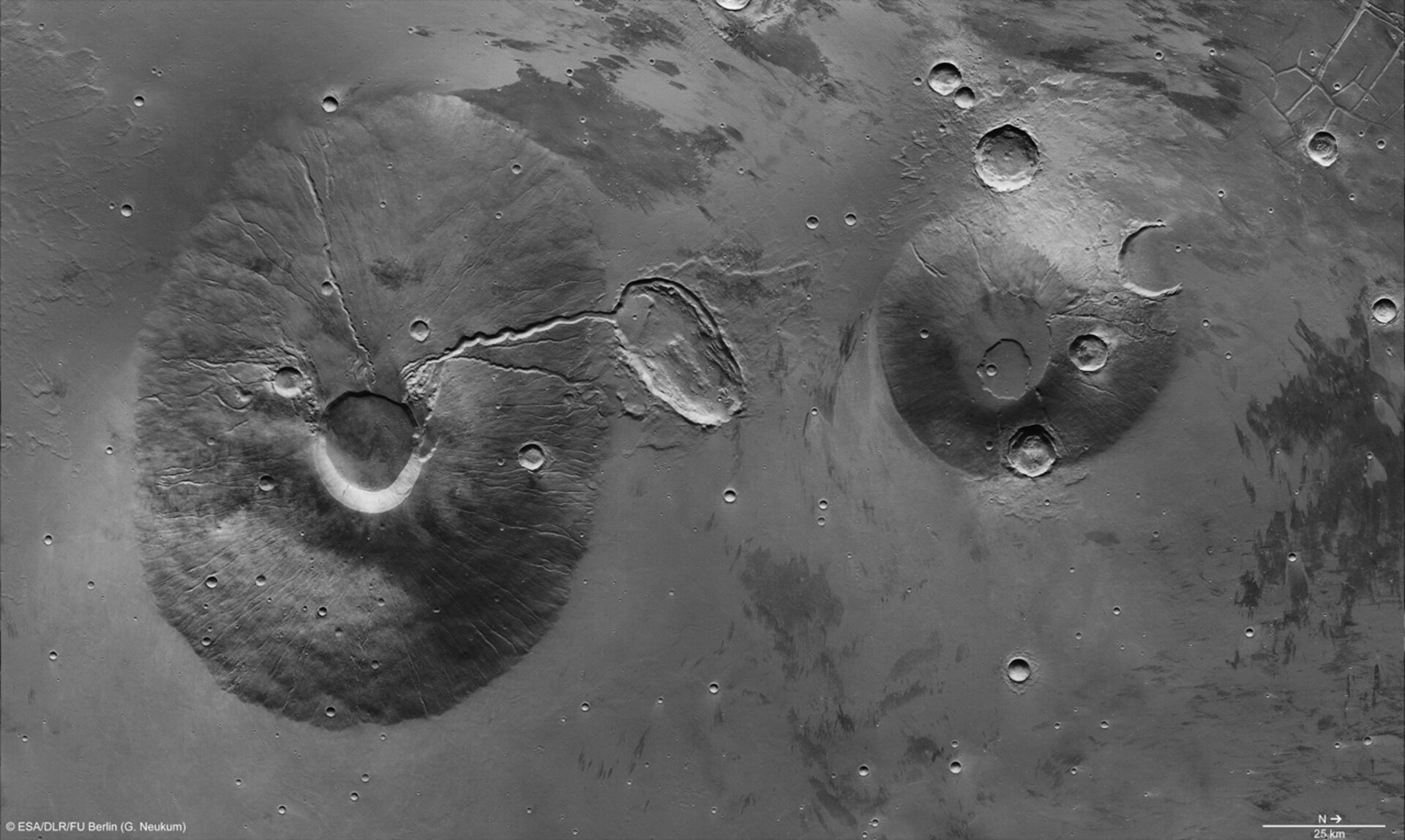 ESA’s Mars Express obtained the image data in orbits 1096, 1107_1 and 3144, which took place between 25 November 2004 and 22 June 2006. The image has a resolution of approximately 13 m per pixel and was derived from the High Resolution Stereo Camera nadir channel, which provides the highest detail of all the channels.