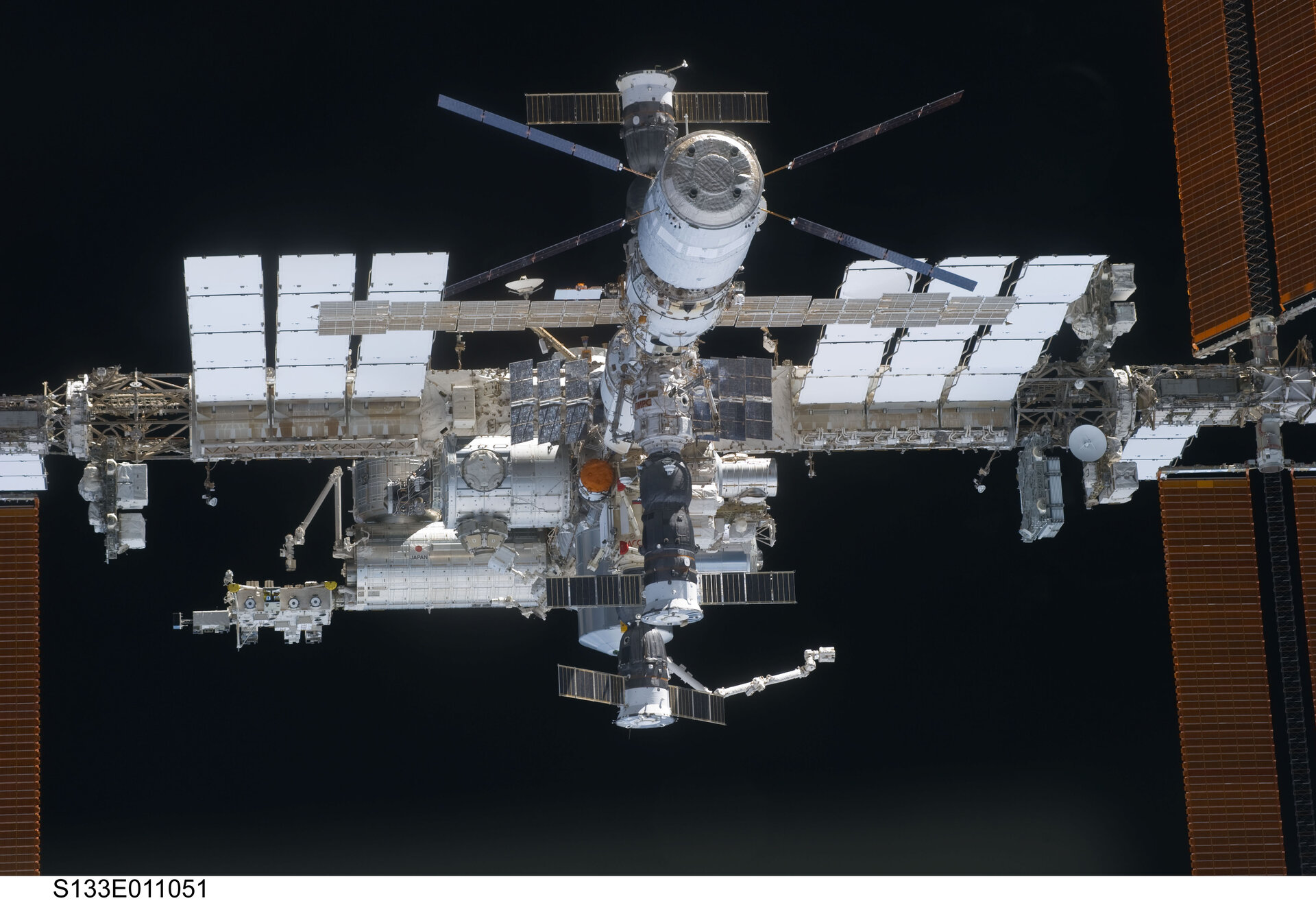 ISS as seen from Discovery

A close-up view of the International Space Station is featured in this image photographed by an STS-133 crew member on space shuttle Discovery after the station and shuttle began their post-undocking relative separation. Undocking of the two spacecraft occurred at 12:00 CET on 7 March 2011. Discovery spent eight days, 16 hours, and 46 minutes attached to the orbiting laboratory. NASA photo S133-E-011051.