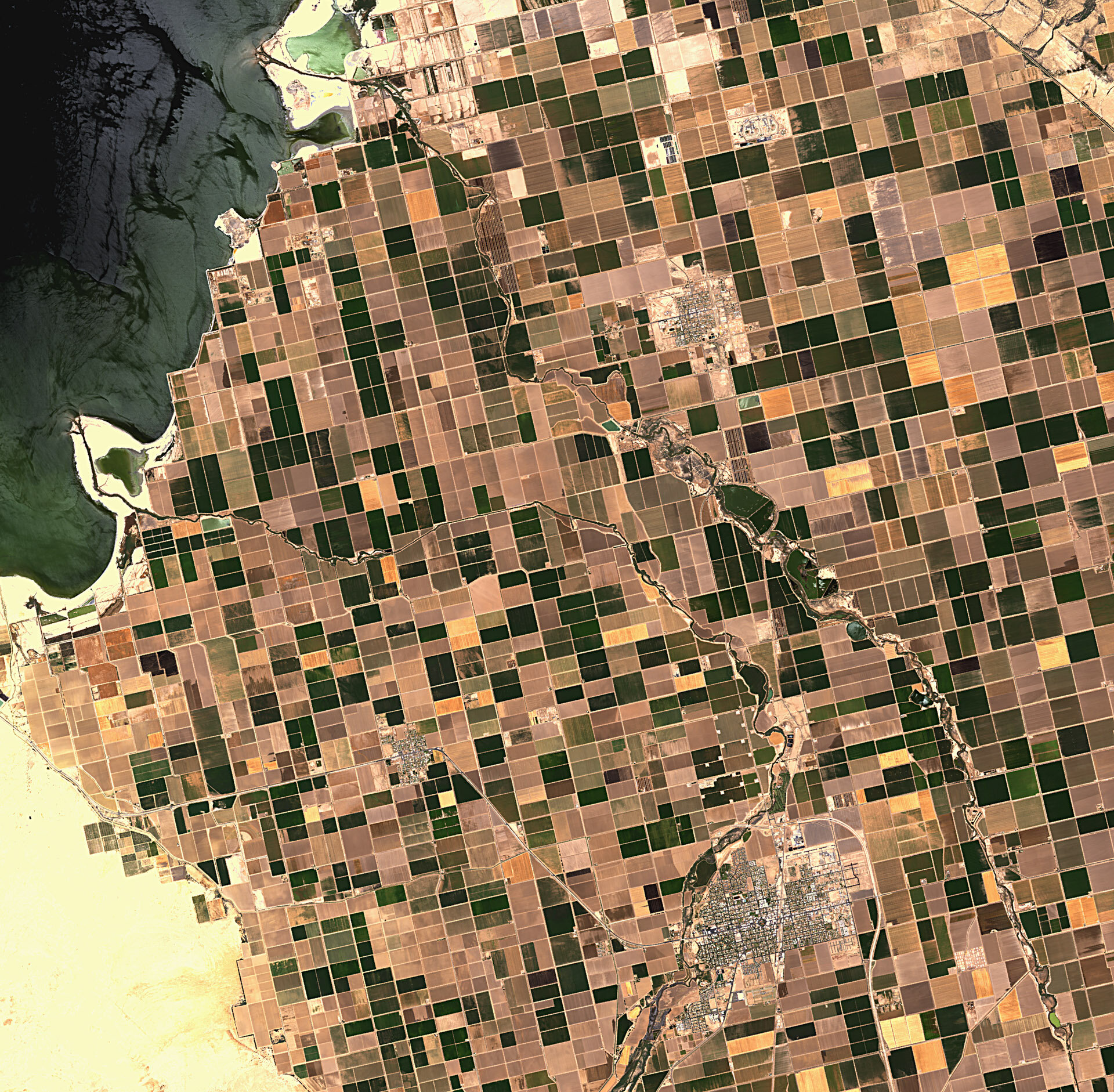 The Imperial Valley in Southern California

The rich agricultural soils of the Imperial Valley in the desert region of Southern California, US, are featured in this image acquired by Japan's four-tonne ALOS Earth observation satellite.

The valley begins from the southern end of the Salton Sea (top left) and extends southward for some 80 km into Mexico (not visible), where it is called the Mexicali Valley.

Some 5000 km of irrigation canals and 200 000 hectares of cultivated land make up the valley. Its leading crops include vegetables, wheat, alfalfa and livestock. Agricultural crops also provide valuable habitat for local and migratory birds.

A man-made environmental disaster that occurred in the early 1900s is responsible for the Salton Sea, an inland lake, we see today. In 1905 water from the Colorado River was diverted to provide irrigation to the Imperial Valley, but the river water broke through its canal gates and flowed into the Salton basin.

By 1907, the river water was brought under control but not before it had filled the basin and created the Salton Sea, which is now maintained by irrigation runoff. Covering some 970 sq km, it is the largest lake in California.

The cities of Brawley (bottom right), Westmorland (bottom left) and Calipatria (top) are visible, along with Ramer (top) and Finney Lakes (centre right).

ALOS (Advanced Land Observing Satellite) captured this image on 4 July 2010 with its Advanced Visible and Near Infrared Radiometer type-2 (AVNIR-2). AVNIR-2 is designed to chart land cover and vegetation in visible and near-infrared spectral bands, at a resolution of 10 m.