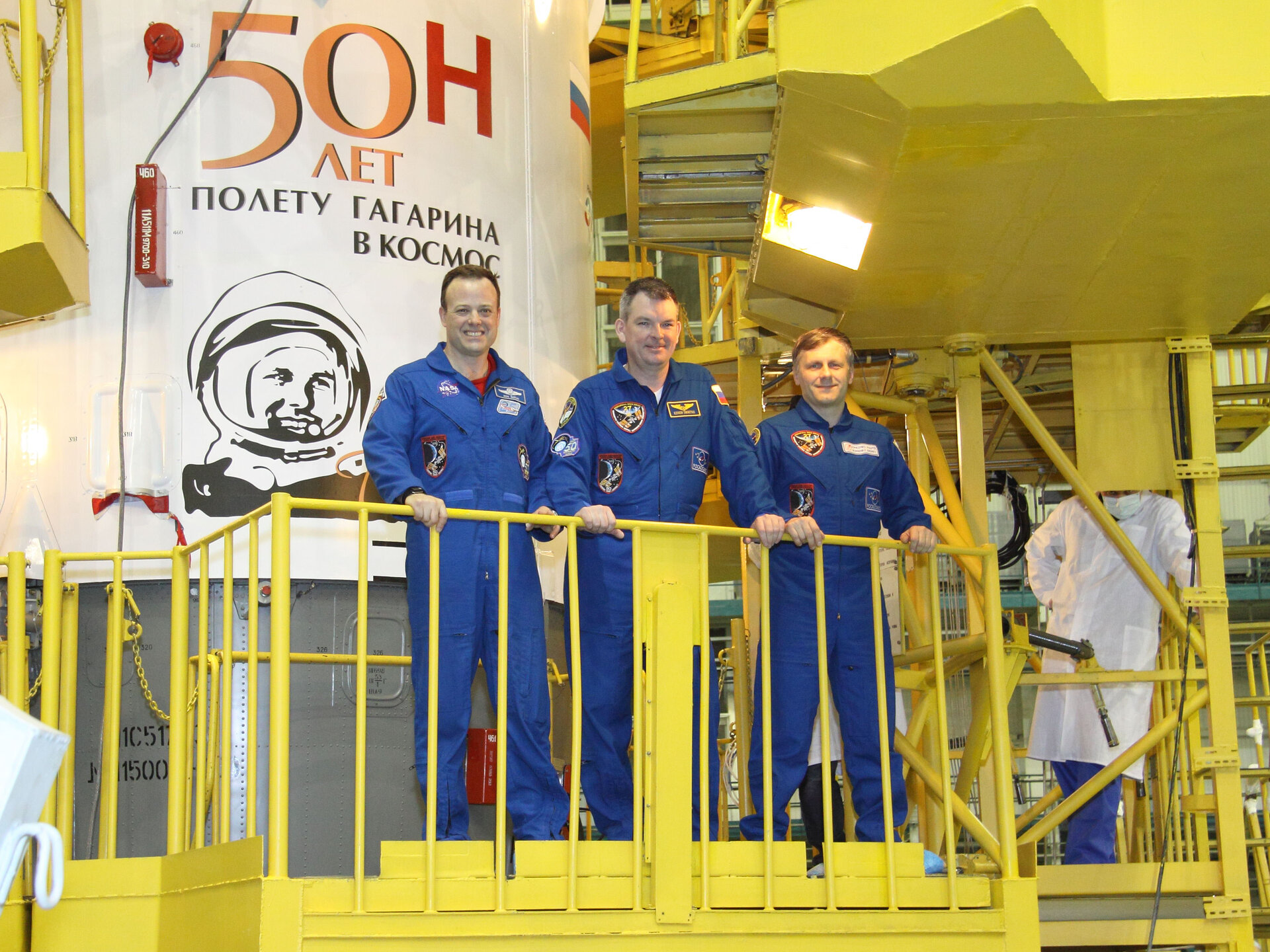 At the Baikonur Cosmodrome in Kazakhstan, NASA astronaut Ron Garan (left), Expedition 27 flight engineer; Russian cosmonauts Alexander Samokutyaev (center), Soyuz commander; and Andrey Borisenko, flight engineer, take a moment from their final Soyuz training session on 31 March 2011 as preparations continue for their launch April 5 (Kazakhstan time) on the Soyuz TMA-21 spacecraft to the International Space Station. The Soyuz, which has been dubbed 'Gagarin', is launching one week shy of the 50th anniversary of the launch of Yuri Gagarin from the same launch pad in Baikonur on 12 April 1961 to become the first human to fly in space. The first stage of the Soyuz booster behind them is emblazoned with the name 'Gagarin' and the likeness of the first person to fly in space.