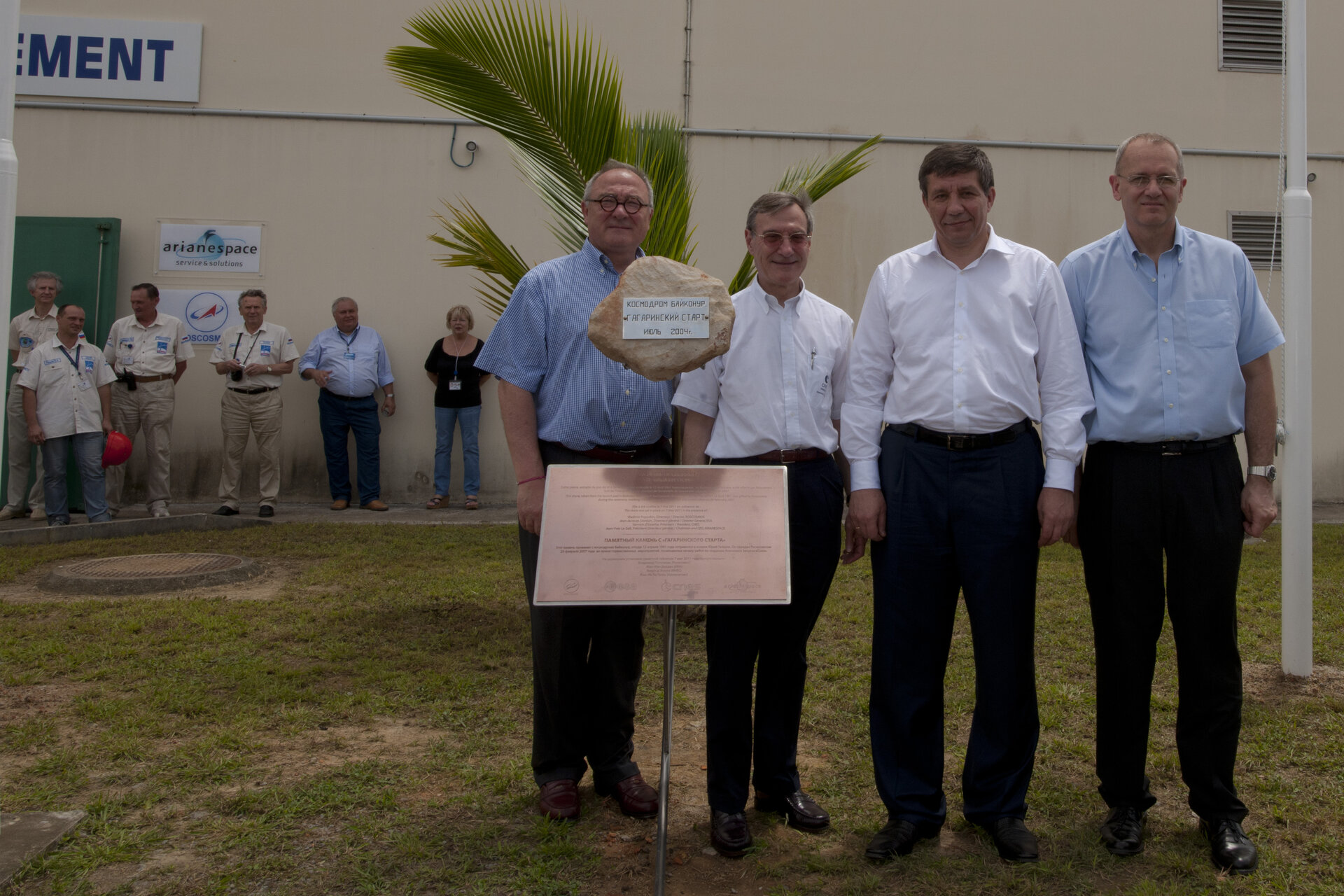 The official ceremony marking ESA’s handover of the Soyuz launch site to Arianespace took place on 7 May 2011 at Europe’s Spaceport in French Guiana, after the site was declared ready for the first flight and the completion of a simulated launch campaign.

To mark this occasion and to celebrate the recent 50th anniversary of the first man in space, a commemorative plaque and a stone from the Baikonur launch pad from which Yuri Gagarin took off in 1961 was sealed on the site.