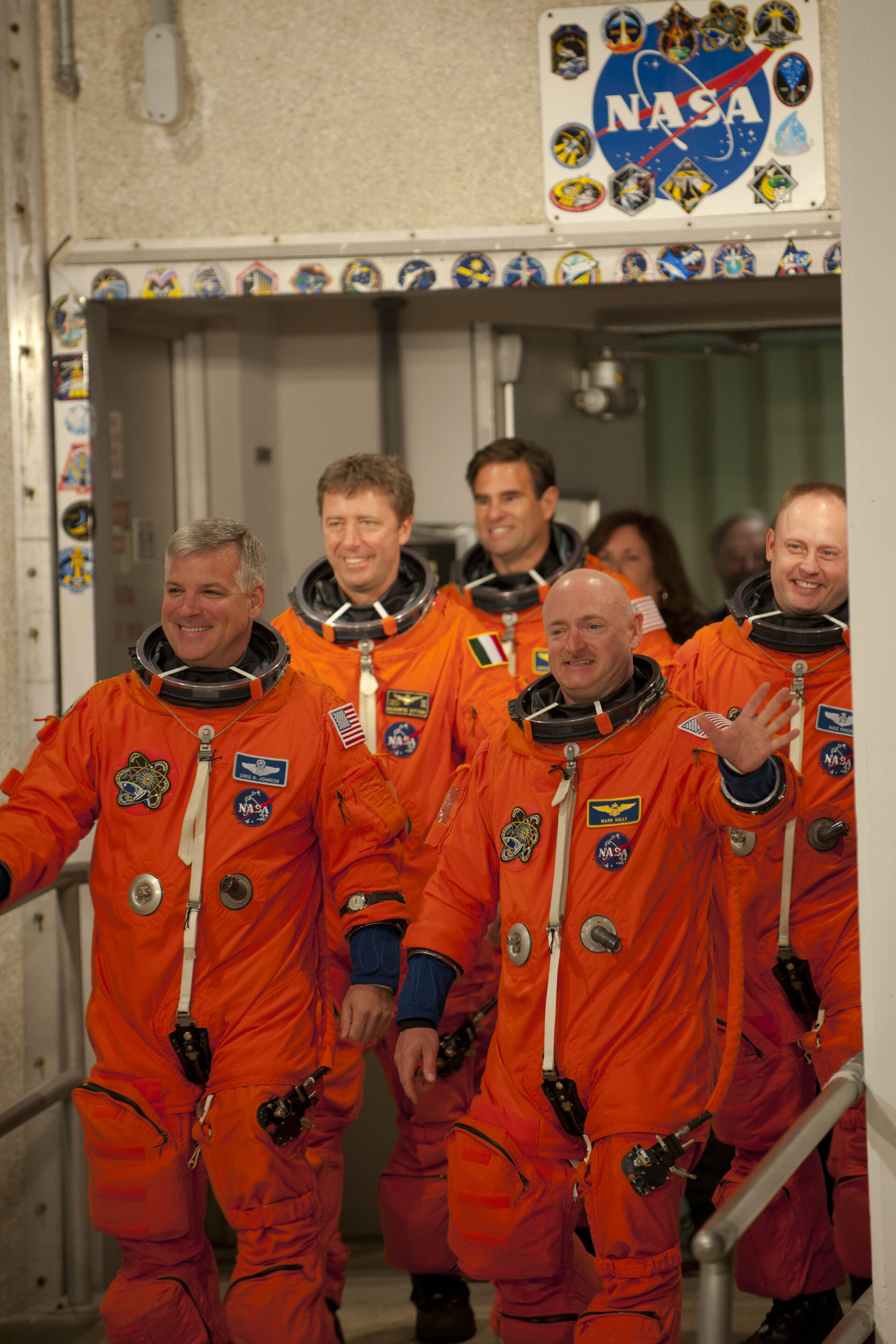 The six astronauts of STS-134 are on their way to launch pad 39A to enter the orbiter of space shuttle Endeavour.
The six astronauts of STS-134 wave to media and others before boarding the AstroVan to head to the launch pad, 16 May 2011.
Endeavour was scheduled to on 29 April, but that attempt was scrubbed because of an issue associated with the shuttle's Auxiliary Power Unit 1. STS-134 will be the final spaceflight for Endeavour and the launch is now slated for 16 May.