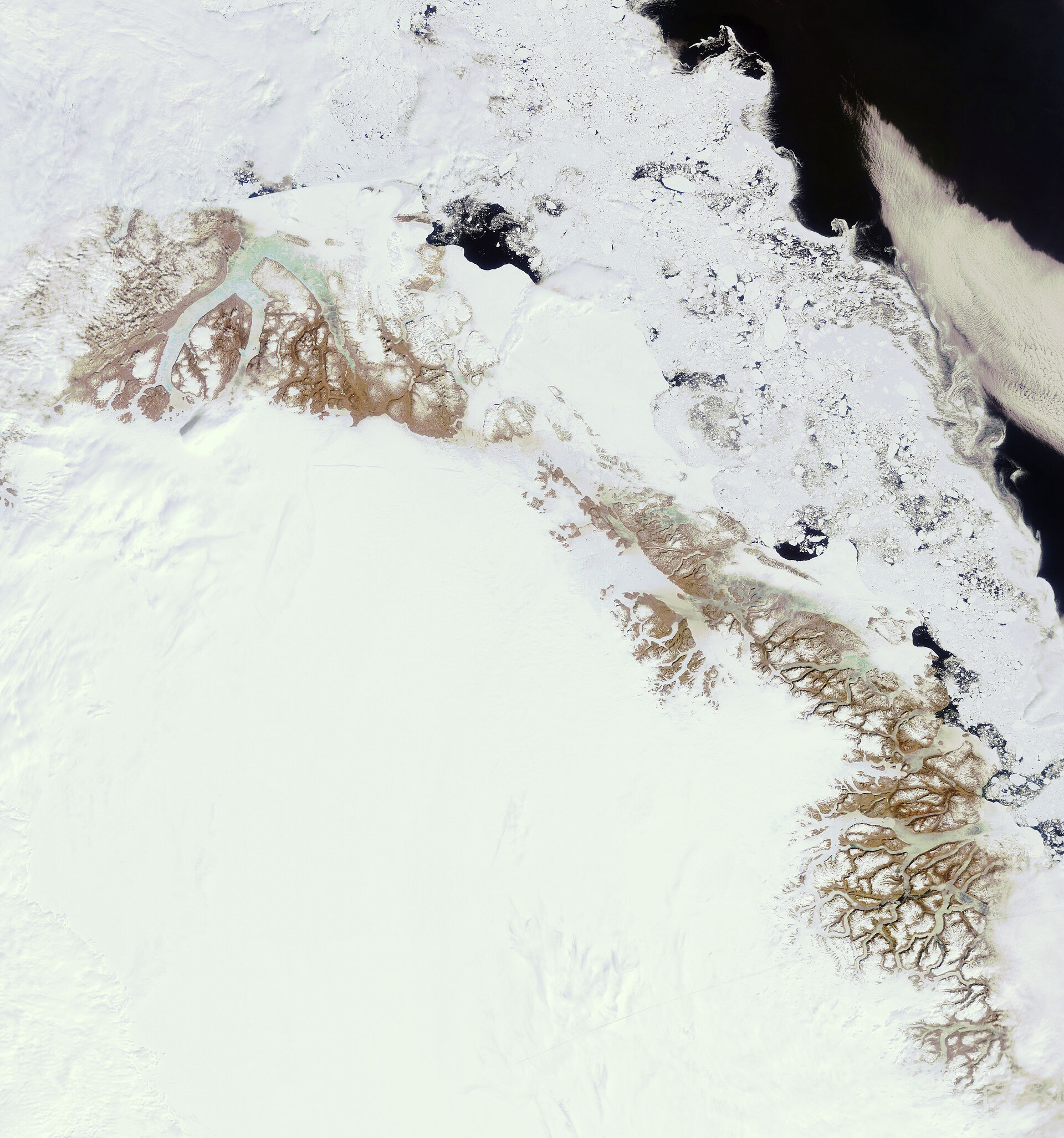 In this image, acquired on 23 June 2011, Envisat captures part of Greenland's ice sheet and east coast as the winter sea ice recedes. Covering roughly 80% of the surface of Greenland, this ice sheet is the second largest body of ice in the world, after that of Antarctica. Positioned in the Arctic, the 100 000 year-old Greenland ice sheet is particularly vulnerable to climate change.

Last year's temperatures, along with those of 2005 and 1998, were the highest since modern global temperature record-keeping began in 1880, heightening concerns about the rates of ice melt. Ice melt from the sheet is likely to cause substantial sea-level rise in the coming decades.