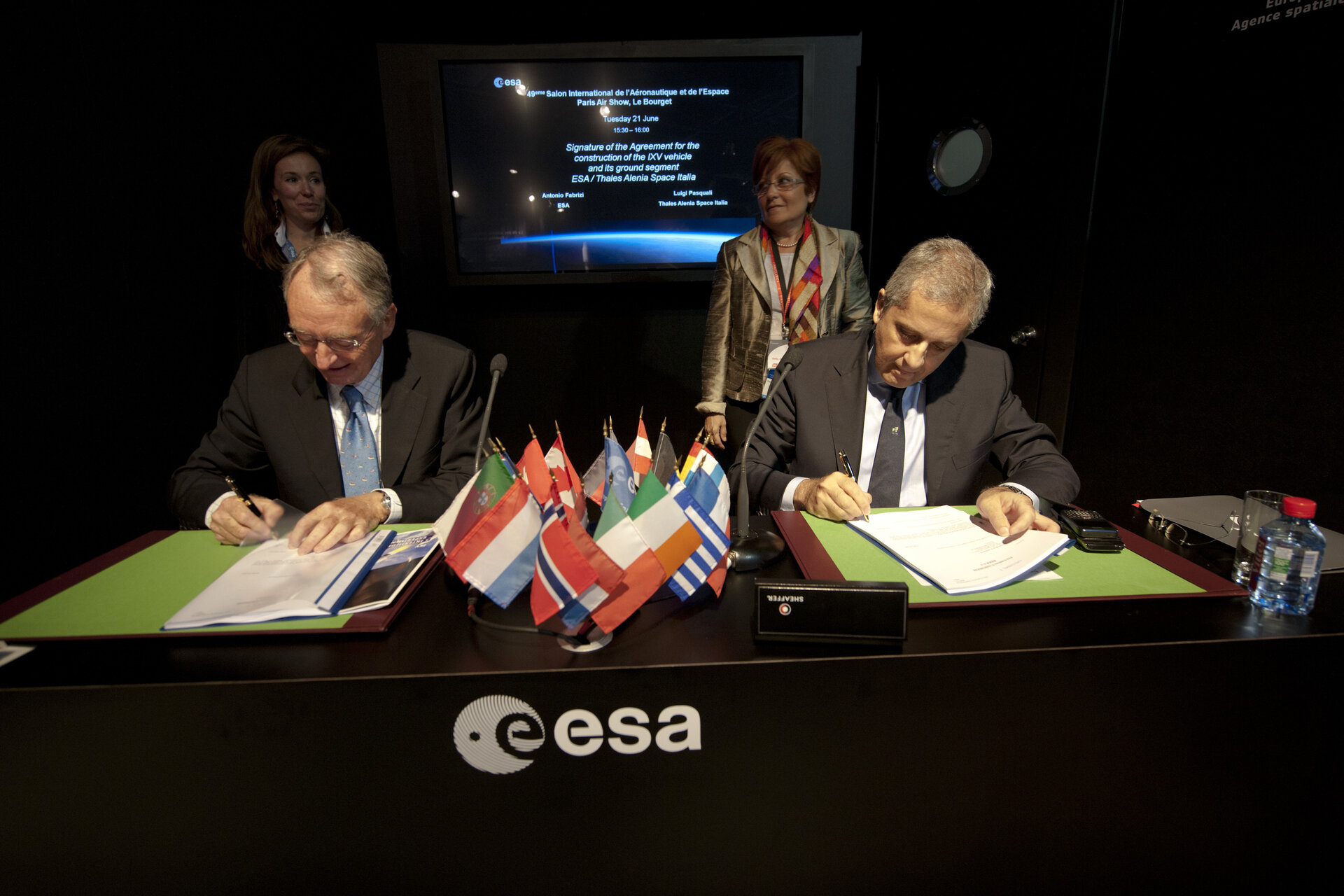 Signature of agreement to build IXV

On 21 June 2011 ESA and Thales Alenia Space Italia announced an agreement at the Paris Air Show to begin building the IXV Intermediate eXperimental Vehicle for its mission into space in 2013.

This goal will be achieved with IXV.
Launched into a suborbital trajectory on ESA’s small Vega rocket from Europe’s Spaceport in French Guiana, IXV will return to Earth as if from a low-orbit mission, to test and qualify new European critical reentry technologies such as advanced ceramic and ablative thermal protection.