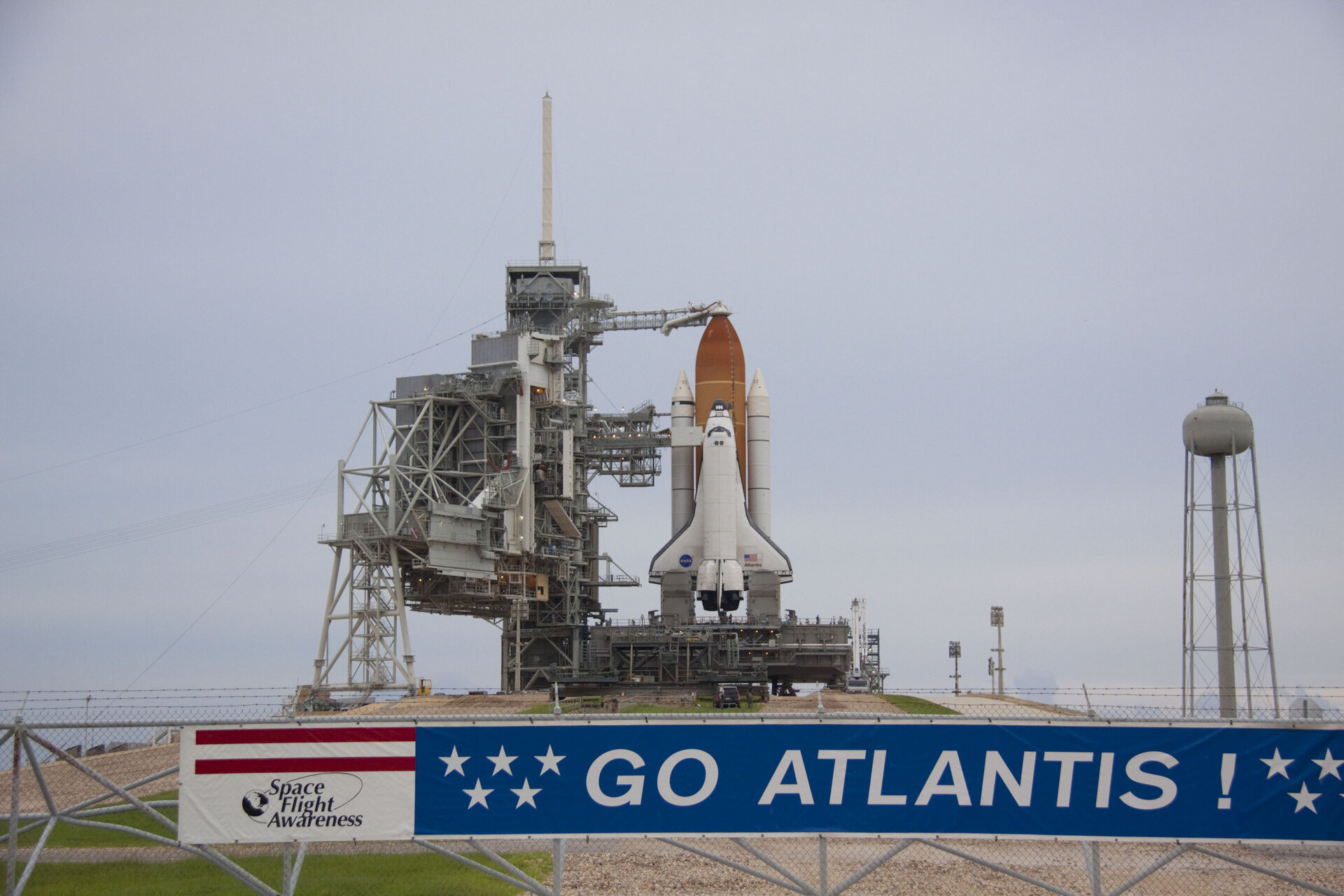 Atlantis on Launch Pad 39A

Space shuttle Atlantis is revealed on Launch Pad 39A at NASA's Kennedy Space Center in Florida. In front of the pad a banner proclaims the sentiments of Kennedy's work force. Atlantis and its crew of four; Commander Chris Ferguson, Pilot Doug Hurley and Mission Specialists Sandy Magnus and Rex Walheim, are scheduled to lift off at 17:26 CEST on 8 July to deliver the Raffaello multi-purpose logistics module packed with supplies and spare parts to the International Space Station. There is only 30% chance for weather permitting the launch today, but Atlantis will try.

Atlantis also will fly the Robotic Refueling Mission experiment that will investigate the potential for robotically refueling existing satellites in orbit. In addition, Atlantis will return with a failed ammonia pump module to help NASA better understand the failure mechanism and improve pump designs for future systems. STS-135 will be the 33rd flight of Atlantis, the 37th shuttle mission to the space station, and the 135th and final mission of NASA's Space Shuttle programme.