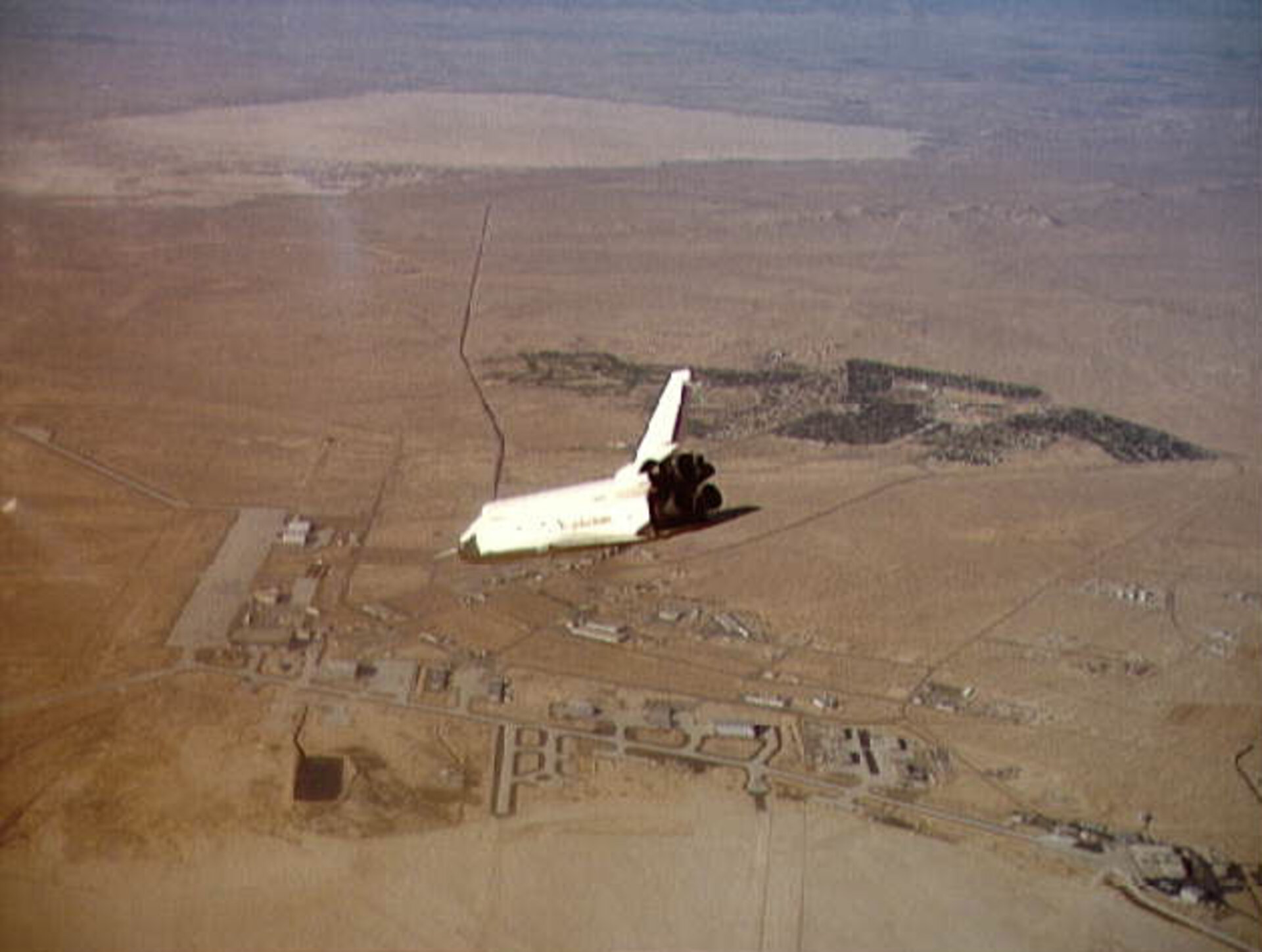 Enterprise above Edwards Air Force Base

Facilities on a part of the huge Edwards Air Force Base in the desertland of Southern California form the backdrop for the Space Shuttle Orbiter 101 Enterprise as it heads for a landing during the fourth Approach and Landing Test (ALT) free flight. Note that the tail cone is removed from the Enterprise for this flight, which featured a two-minute, 34 second unpowered phase after the Orbiter separated from NASA 905, a 747 carrier aircraft. Crewmen for this flight were Astronauts Joe H. Engle, commander; and Richard H. Truly, pilot.