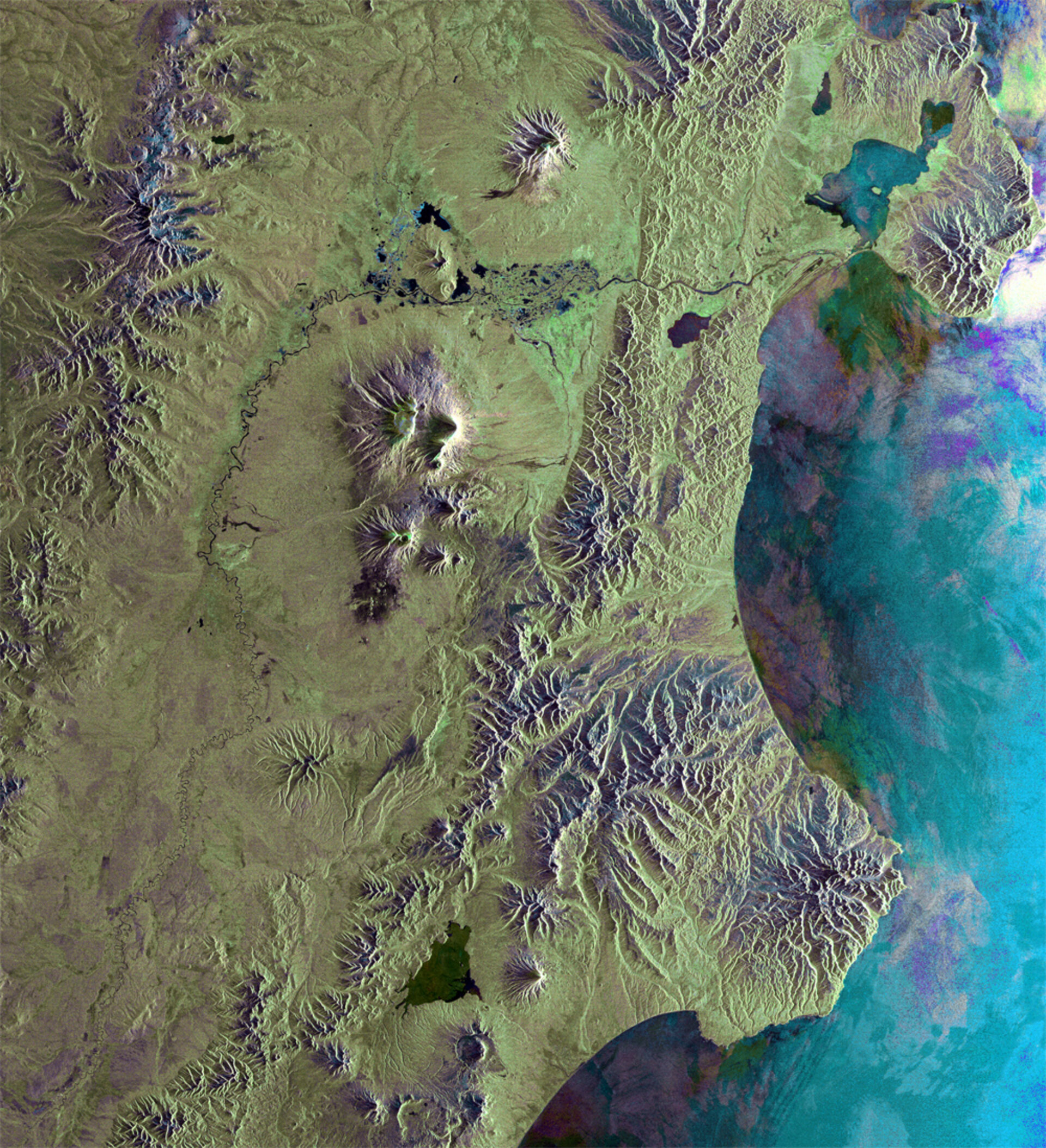 This Envisat image shows the eastern coast of the Kamchatka Peninsula, in Russia’s far east between the Pacific Ocean and Sea of Okhotsk. The central element shows an isolated volcanic group that includes the highest active volcano in Eurasia: Klyuchevskaya Sopka.

This image is a compilation of three passes by Envisat’s radar on 1 June, 6 July and 10 August 2010. Each is assigned a colour (red, green and blue) and combined to produce this representation. New colours reveal changes in the surface between Envisat’s passes.