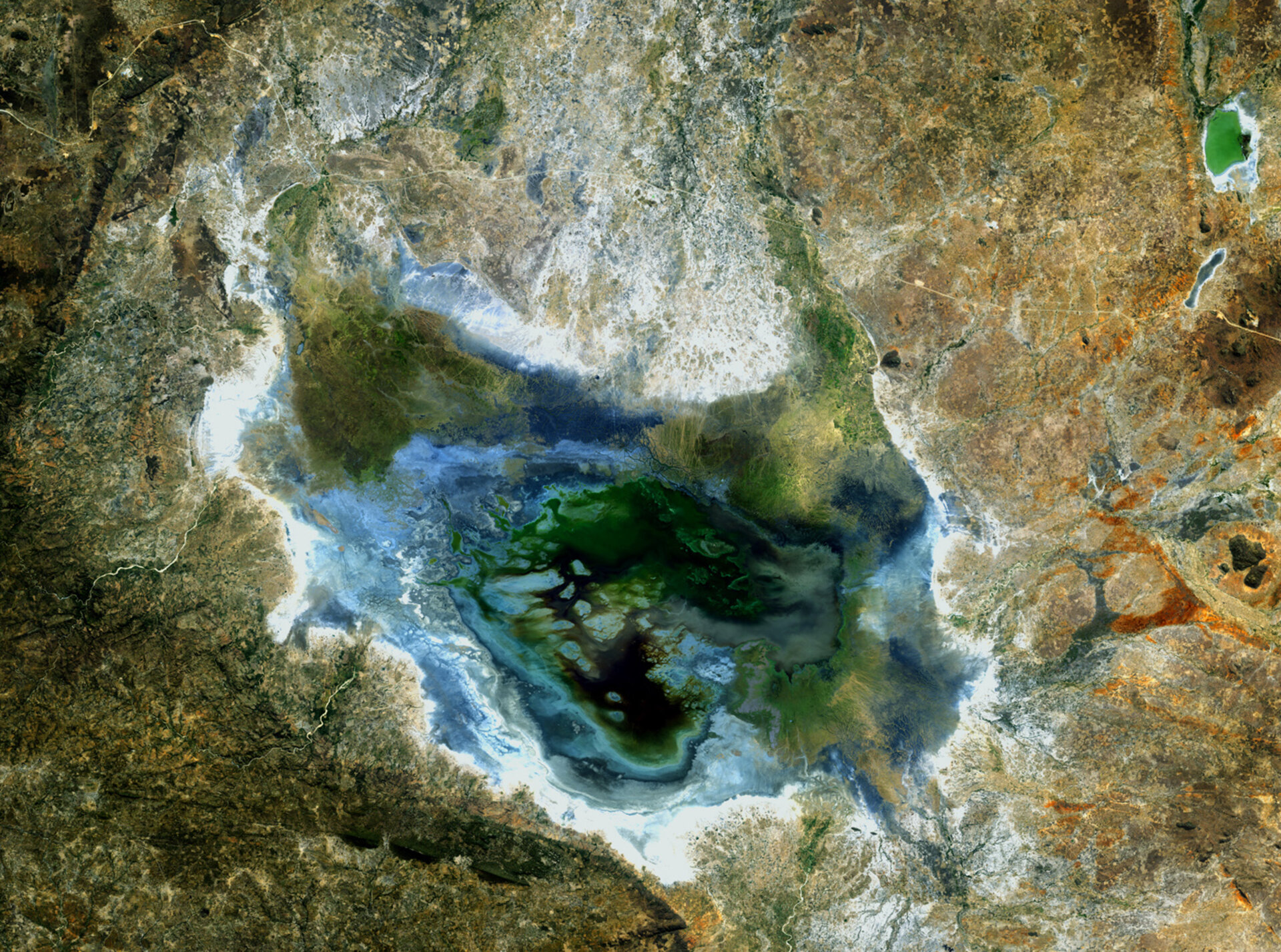 This satellite image shows Lake Sulunga and surrounding areas in central Tanzania. A major road running east to west can be seen north of the lake with a railway running nearby. Agriculture is evident in the surrounding areas. This semi-arid area of the country experiences frequent droughts.

Japan's Advanced Land Observation Satellite (ALOS) captured this image on 25 June 2009 with its AVNIR-2 Advanced Visible and Near Infrared Radiometer. ALOS was supported as a Third Party Mission, which means that ESA used its multi-mission ground systems to acquire, process, distribute and archive data from the satellite to its user community. In April 2011 the satellite abruptly lost power while mapping Japan’s tsunami-hit coastline.