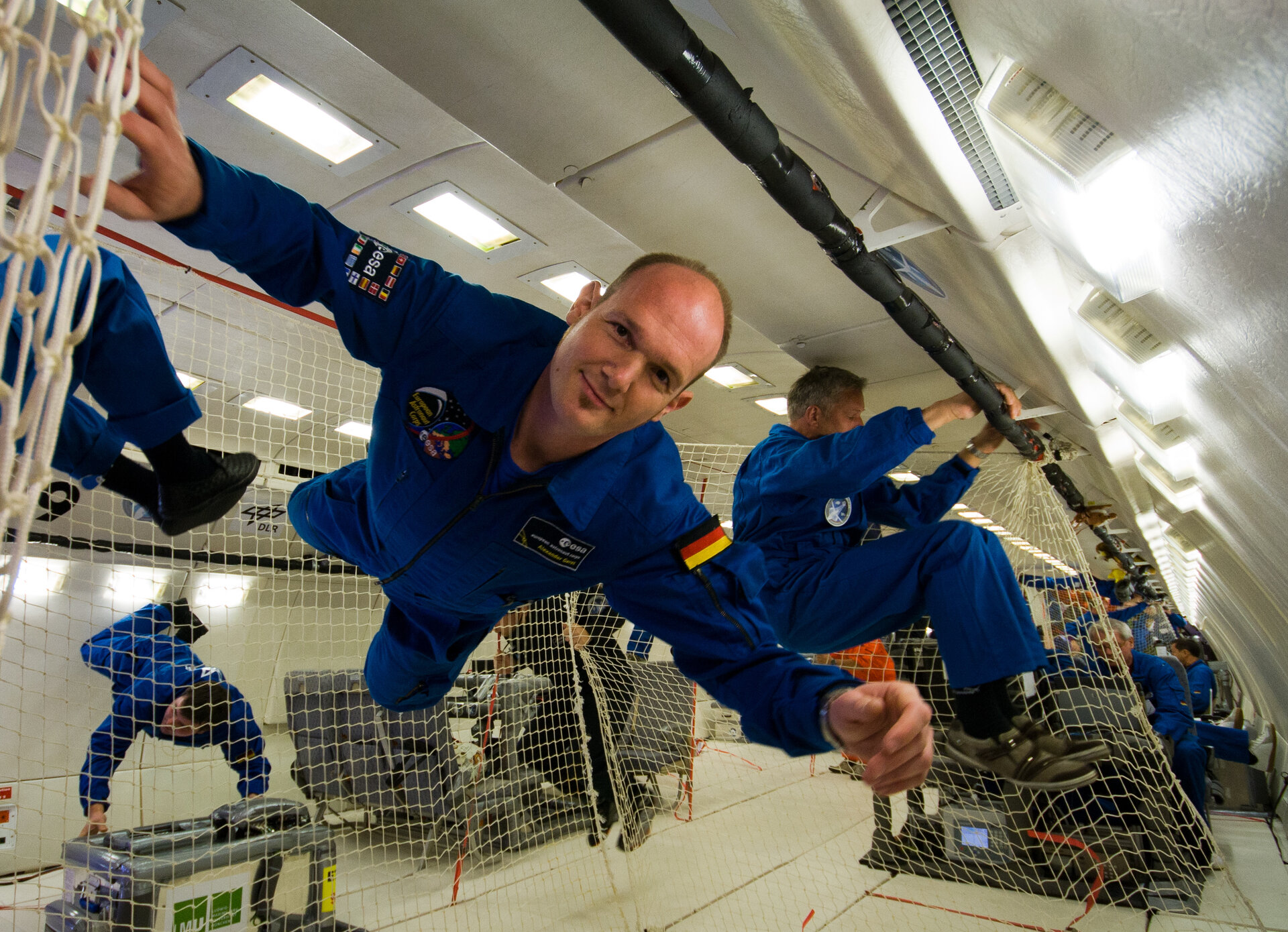 Alexander Gerst, German ESA astronaut, having a taste of weightlessness aboad a Airbus A300 Zero-G during a parabolic flight.