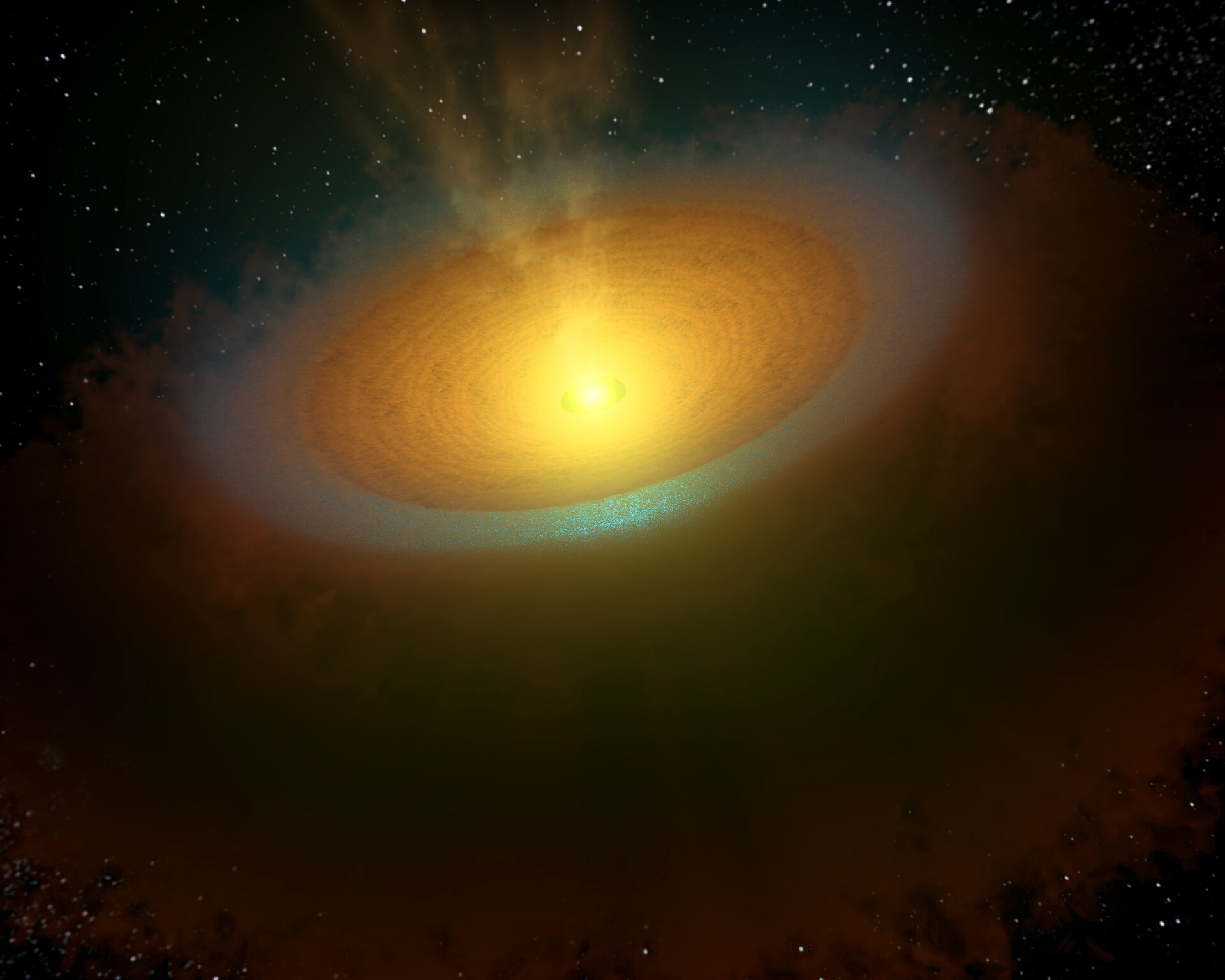 This artist's impression illustrates an icy protoplanetary disc around the young star TW Hydrae, located about 175 light-years away in the Hydra, or Sea Serpent, constellation.

Astronomers using the HIFI spectrometer on ESA's Herschel Space Observatory detected copious amounts of cold water vapour, illustrated in blue, emanating from the star's planet-forming disc of dust and gas. The water vapour, corresponding to temperatures lower than 100 K, is distributed across the entire extent of the disc and is likely confined to a thin layer at an intermediate depth in the disc. The vapour arises when highly energetic radiation from the central star interacts with icy grains in the disc, the very same grains that should ultimately coalesce into icy planetesimals, such as comets. The detection thus hints at a copious and otherwise undetectable supply of water ice hidden in the disc's deeper and colder layers.

In our own Solar System, comets are thought to have carried water to Earth, creating our oceans. A similar process might be taking place around TW Hydrae, where comets could, over the next several millions of years, transport water to young worlds. The Herschel results demonstrate that vast reservoirs of water are available around stars for creating these hypothetical water worlds.