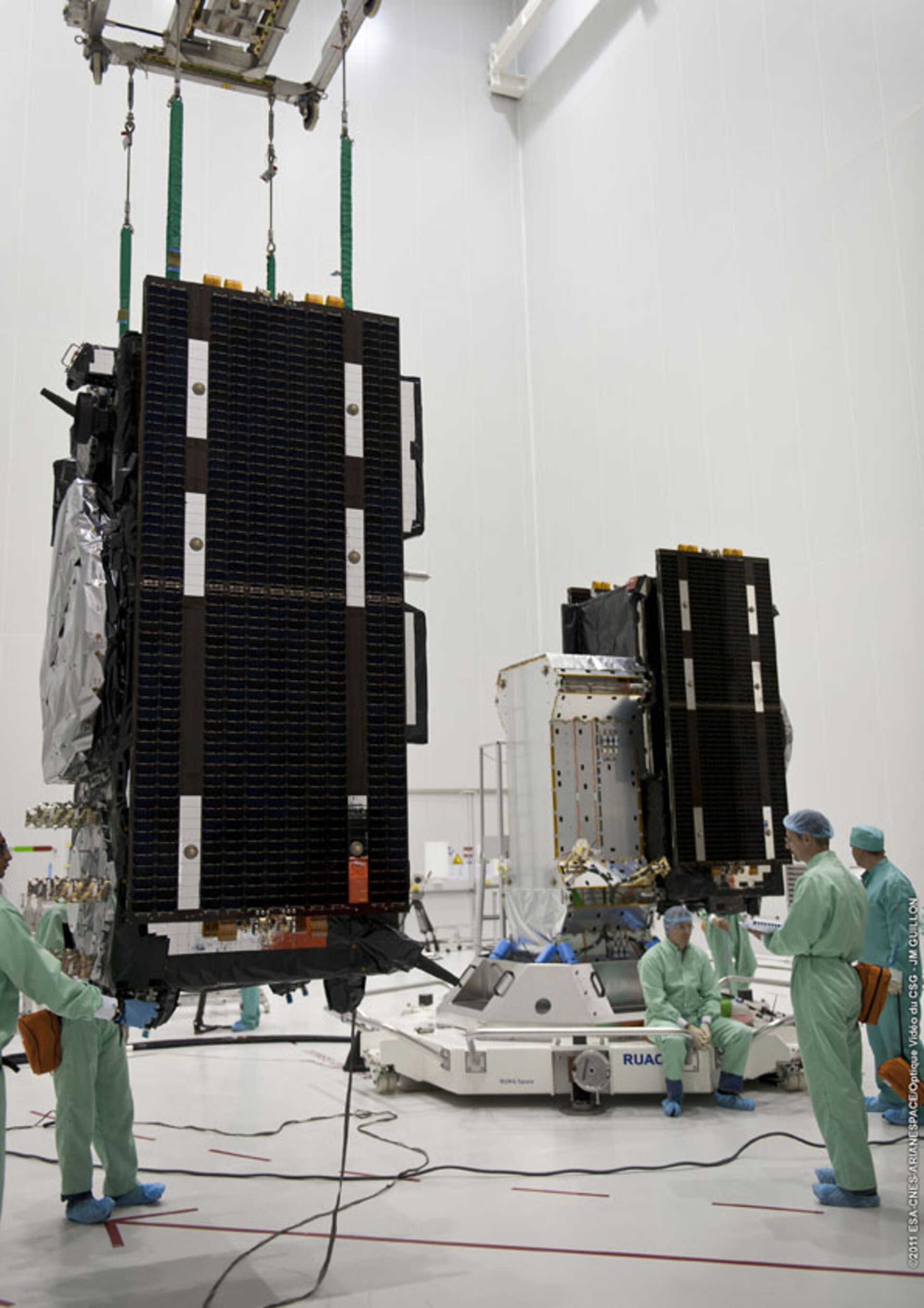 The second of two Galileo satellites being attached to the supporting dispenser to hold them in place during their 20 October launch atop the first Soyuz from French Guiana. The first Galileo In-Orbit Validation satellite – known as ‘PFM’ – was attached to one side of the dispenser on Tuesday 4 October, with the second flight model, ‘FM2’, joining it on the other side the following day.