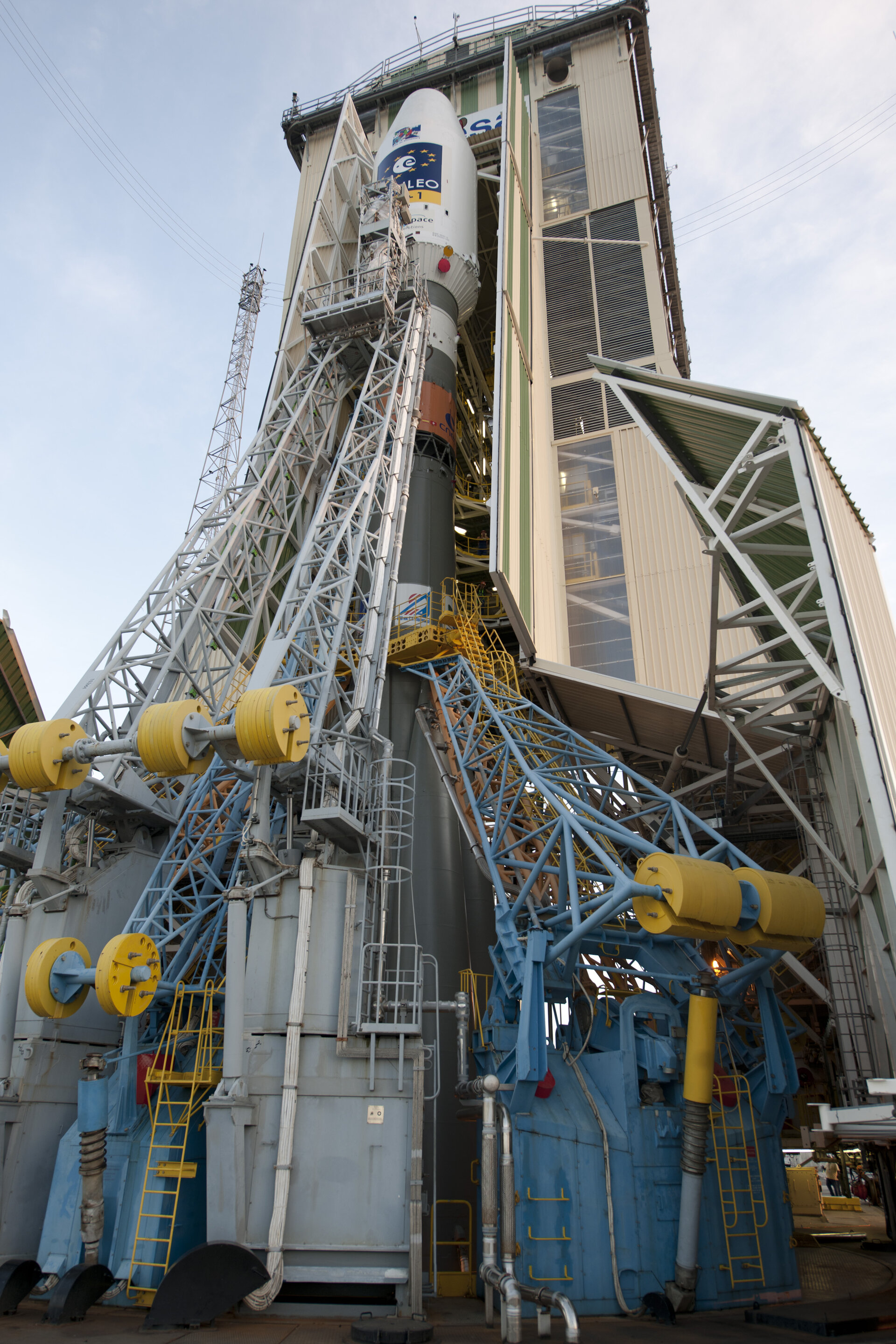 Soyuz VS01 on launch pad

The vehicle was rolled out horizontally on its erector from the preparation building to the launch zone and then raised into the vertical position. The ‘Upper Composite’, comprising the Fregat upper stage, payload and fairing, was also transferred and added onto the vehicle from above, completing the very first Soyuz on its launch pad at Europe’s Spaceport.