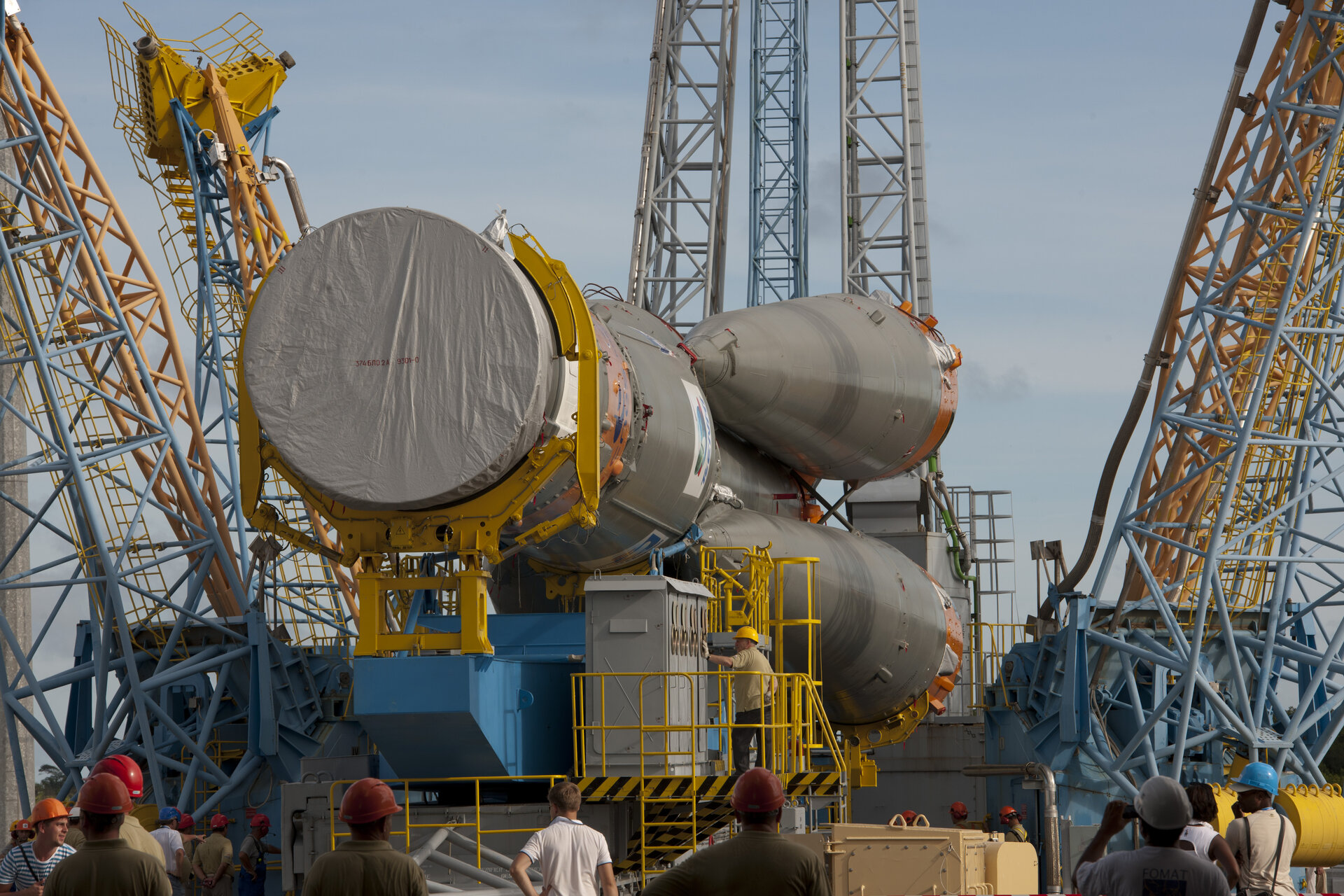 Soyuz VS01 transfer to launch zone

The vehicle was rolled out horizontally on its erector from the preparation building to the launch zone and then raised into the vertical position.