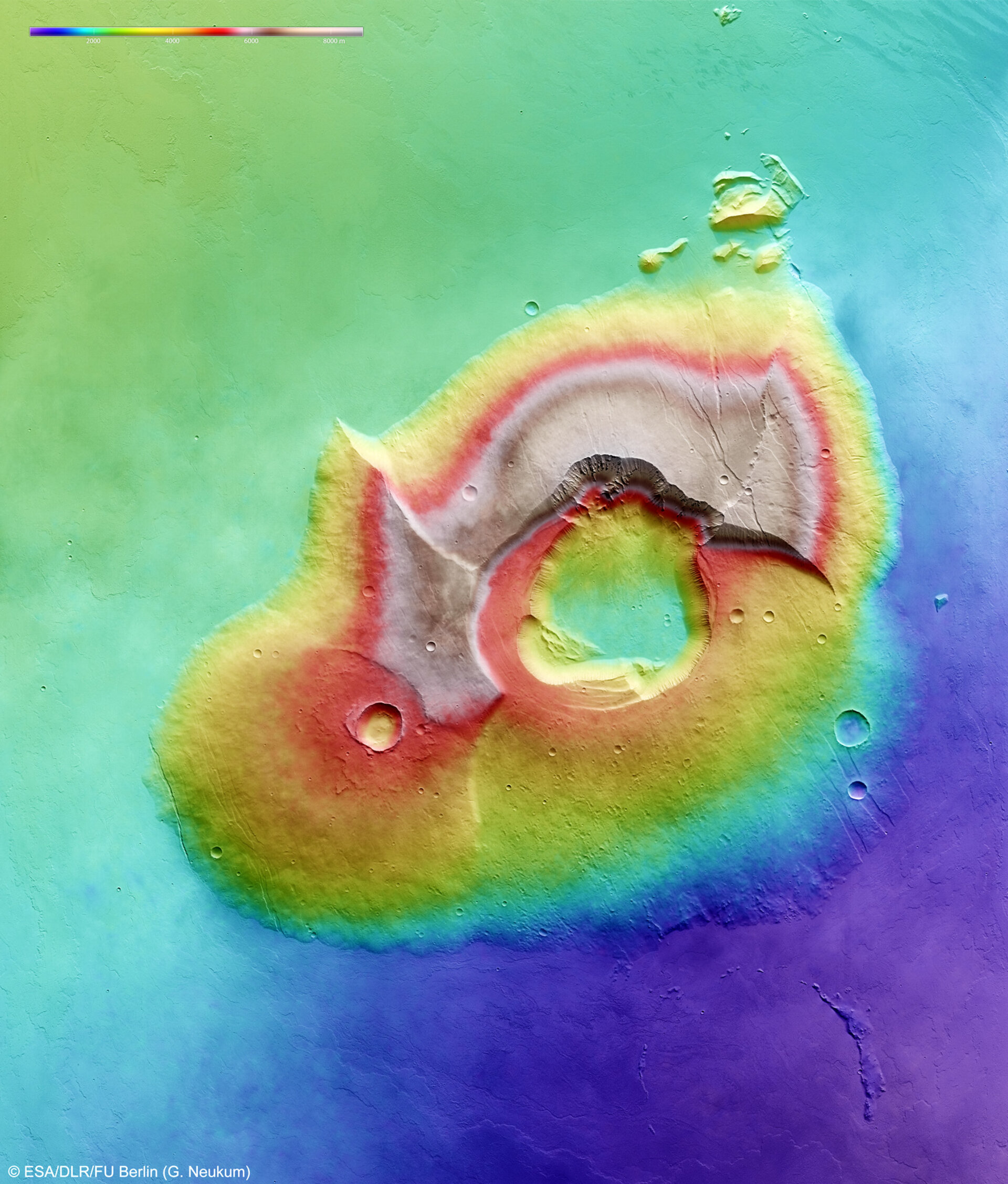 Tharsis Tholis towers 8 km above the surrounding terrain. Its base stretches 155 x 125 km and what marks it out as unusual is its battered condition. The main feature of Tharsis Tholus is the caldera at its centre. It has an almost circular outline, about 32 x 34 km, and is ringed by faults where the caldera floor has subsided by as much as 2.7 km.

The image was created using a Digital Terrain Model (DTM) obtained data taken by the High Resolution Stereo Camera on ESA’s Mars Express spacecraft during four orbits of Mars: 0997, 1019, 1041, 1052 between 28 October and 13 November 2004. Elevation data from the DTM is colour coded: purple indicates the lowest lying regions and beige the highest. The scale is in metres.