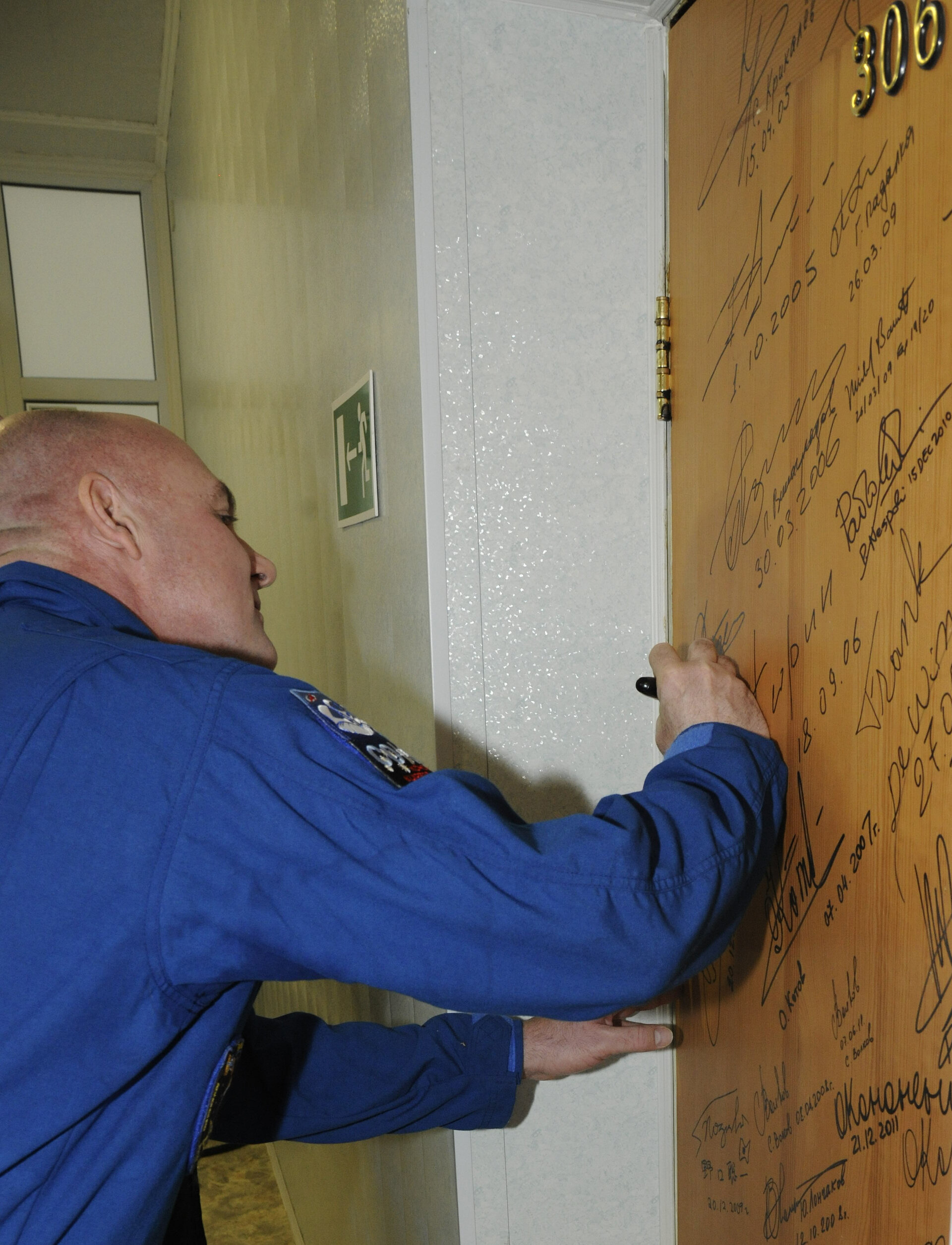 Following established traditions, ESA astronaut André Kuipers signs the door of the room 306 in the Cosmonaut Hotel at Baikonur Cosmodrome, Kazakhstan, on the morning of 21 December 2011. He has been staying in the crew quarters of the hotel for about two weeks prior his launch to space as flight engineer for Expeditions 30 and 31.

He will be Travelling together with Russian cosmonaut Oleg Kononenko and NASA astronaut Don Pettit, they will remain in space for nearly five months as part of the international crew of six aboard the ISS.