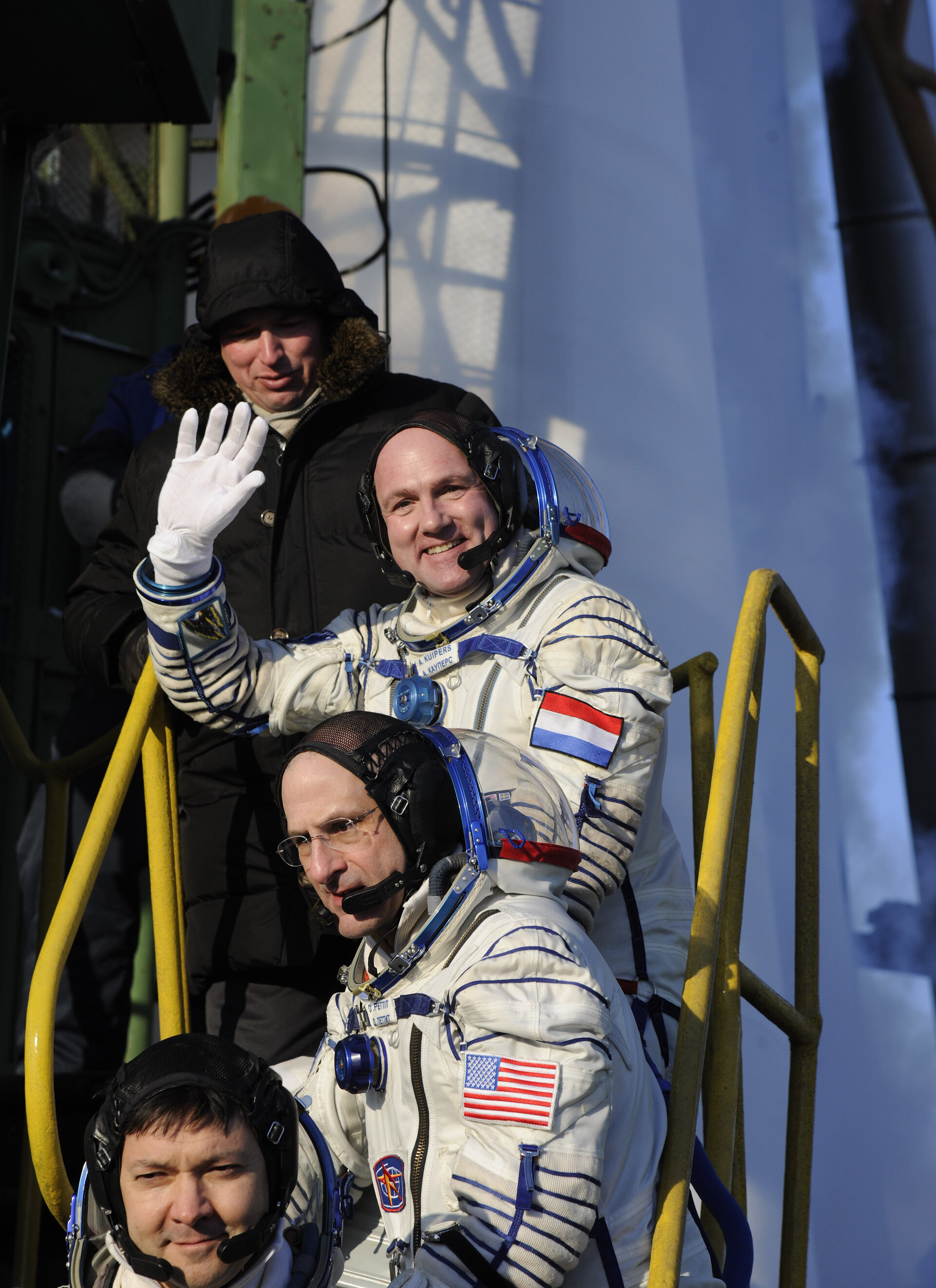 Russian cosmonaut Oleg Kononenko, NASA astronaut Don Pettit and ESA astronaut André Kuipers wave goodbye to the crowd gathered at the foot of the Soyuz launch pad stairs before taking the elevator to the top of the Soyuz rocket. They will be launched on the Soyuz TMA-03M spacecraft, from Baikonur Cosmodrome, Kazakhstan, on the 21 December 2011.

They will remain in space for nearly five months as part of the international crew of six aboard the ISS.