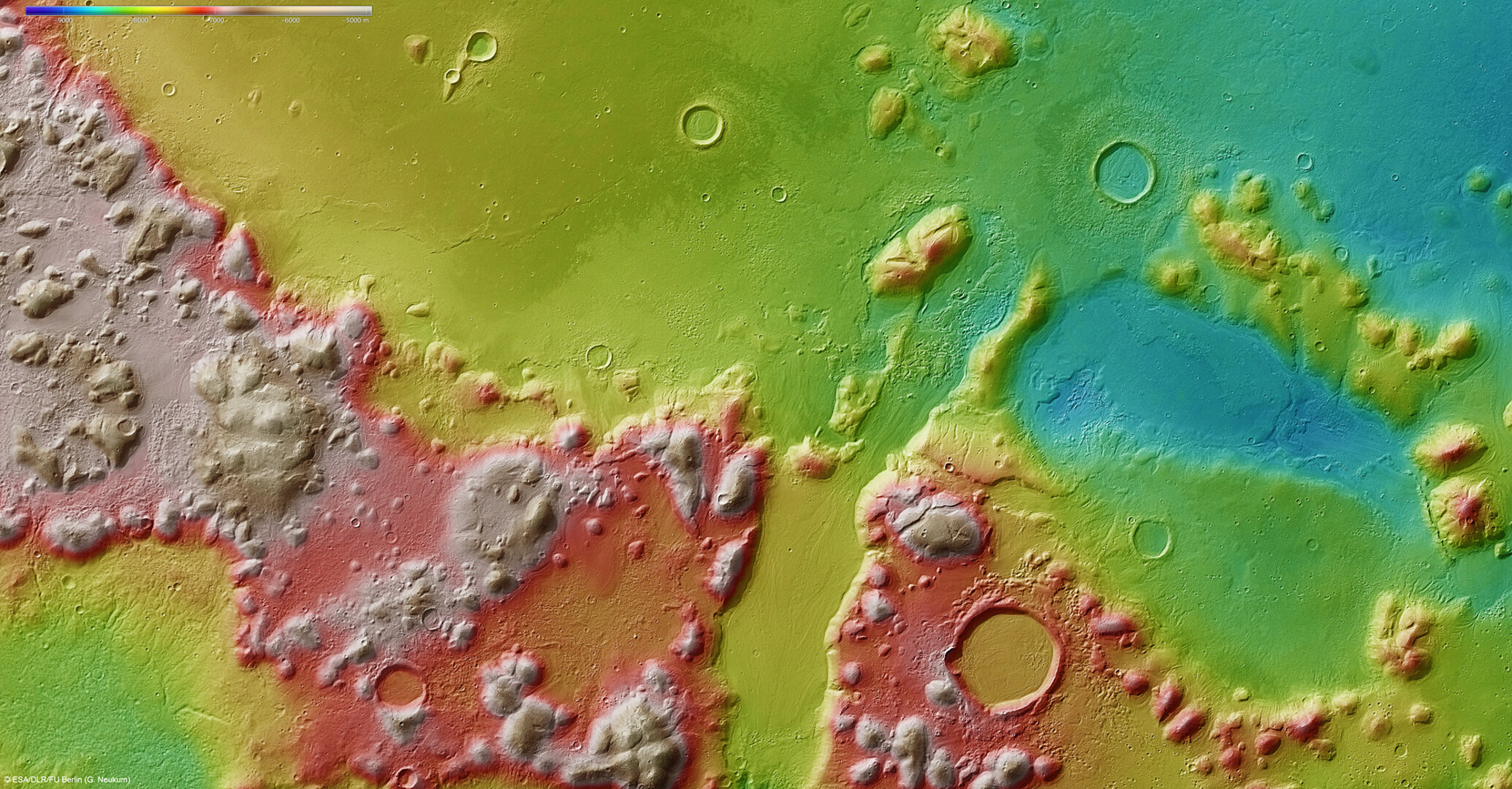 Phlegra Montes is a range of gently curving mountains and ridges on Mars. They extend from the northeastern portion of the Elysium volcanic province to the northern lowlands. This image is centred at 33°N/162°E. The image was created using a Digital Terrain Model (DTM) obtained from the High-Resolution Stereo Camera on ESA’s Mars Express spacecraft. Elevation data from the DTM is colour coded: purple indicates the lowest lying regions and grey the highest. The scale is in metres. The High-Resolution Stereo Camera (HRSC) on ESA’s Mars Express collected the data for these images on 1 June 2011 during orbit 9465.