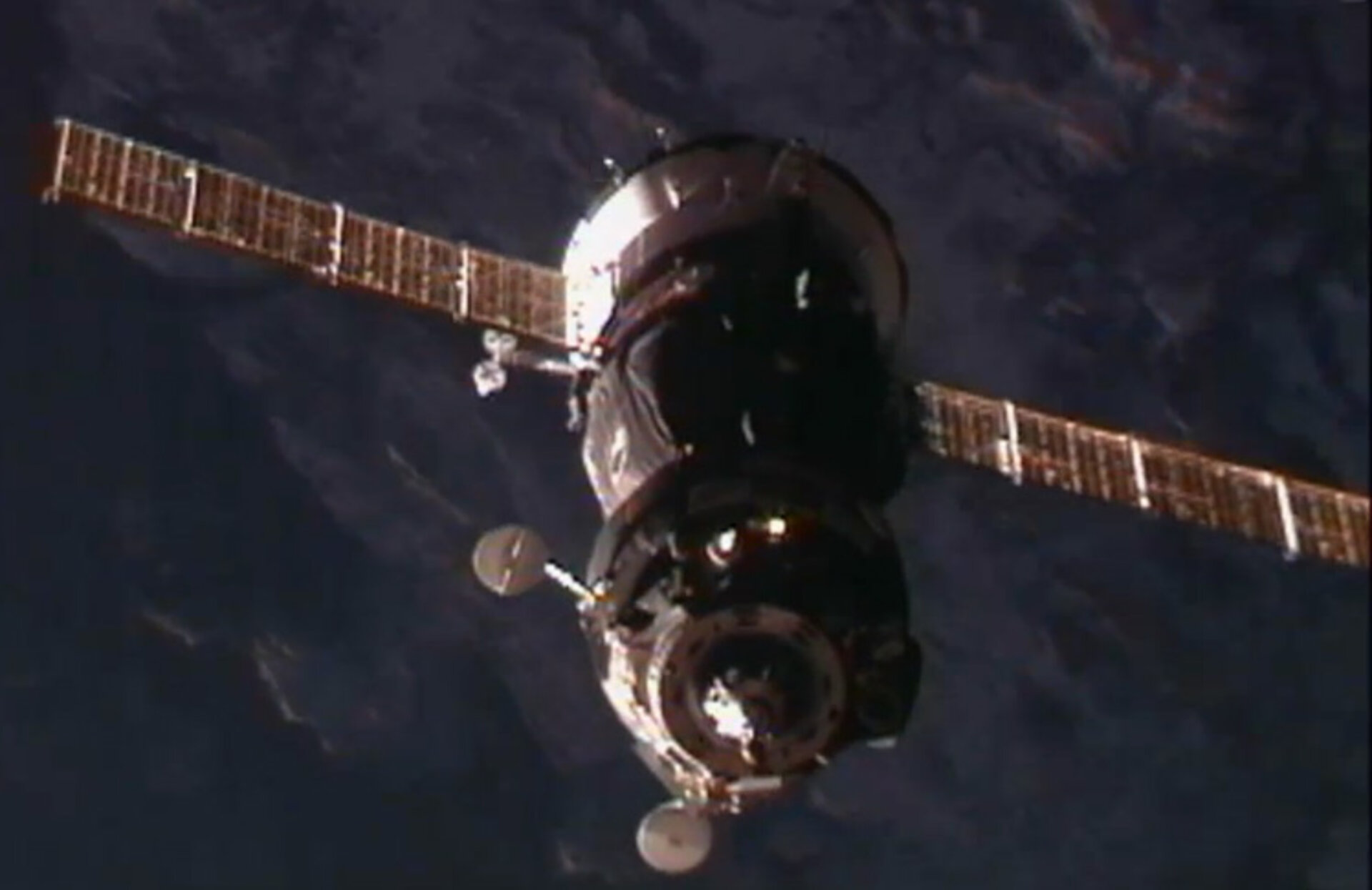 Soyuz TMA-03M on approach to the ISS

Photographed from the ISS, the Soyuz TMA-03M spacecraft on its final approach to dock.

Andre Kuipers, Oleg Kononenko and Don Pettit launched from Baikonur in Kazakhstan on Wednesday 21 December 2011, and completed 35 orbits of the Earth before eventual docking at the ISS on 23 December 2011. Completing the crew compliment aboard ISS, they will be in orbit for five months.