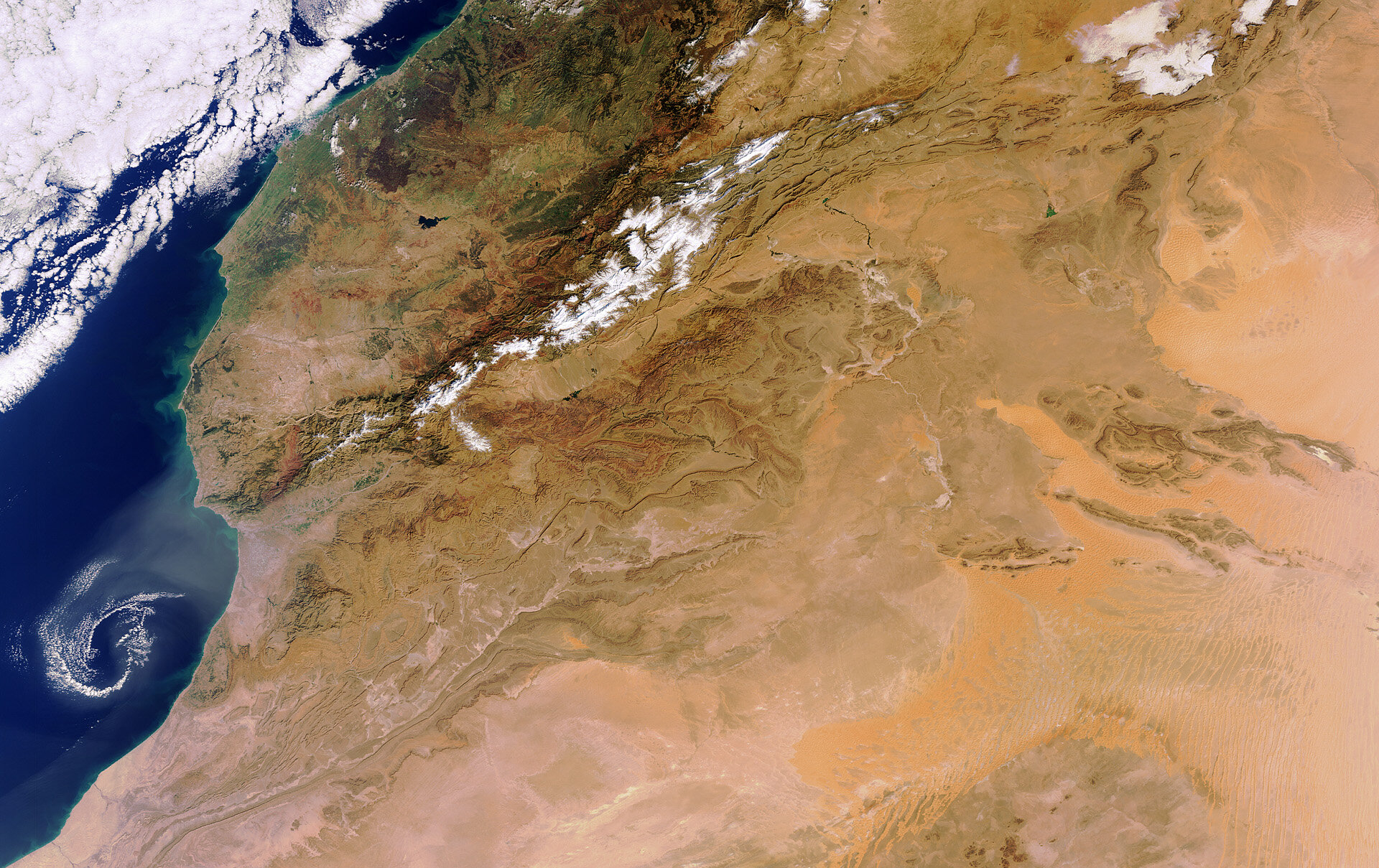 This Envisat image, acquired on 5 December 2011 by the MERIS instrument, shows part of central Morocco from the Atlantic Ocean to the west, over the Atlas mountains and into arid parts of Algeria further inland. The snow-capped High Atlas mountain range divides Morocco from the Sahara desert’s climatic influences in Algeria. The Sahara is constantly expanding southward, rendering large areas of land barren.
One of the many benefits of Earth observation satellites is the possibility to monitor changes like desertification, or the degradation of land, caused by human activities or climate change.