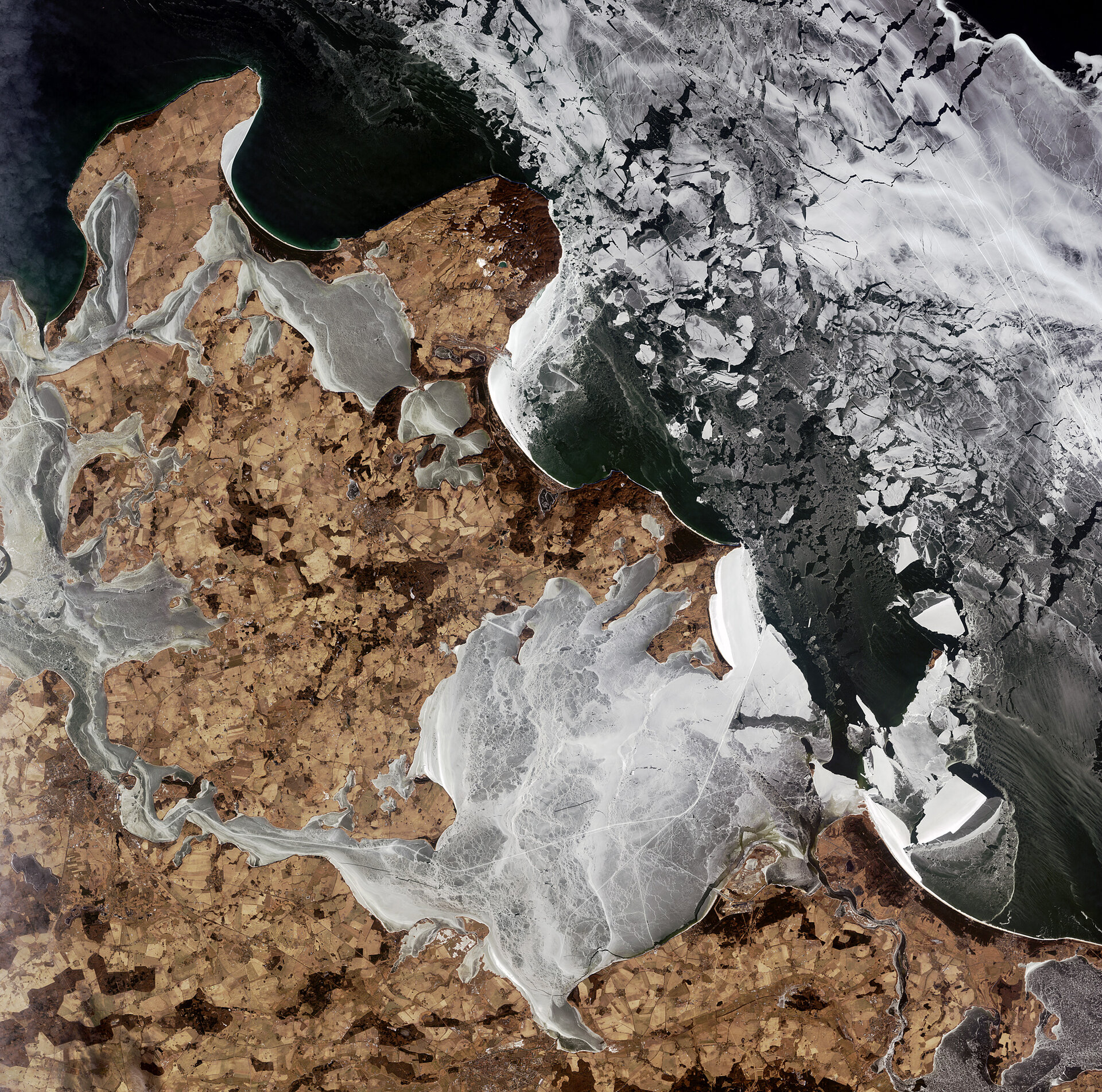 Rügen on the rocks

The icy waters of the Baltic Sea surrounding Germany’s largest island, Rügen, are pictured in this image from ALOS satellite.
The knob in the upper-central portion of the image is home to the Jasmund National Park and its magnificent white chalk cliffs. Sea ice blankets the surrounding brackish waters, hugging the island’s shores with its many peninsulas. The white lines that cut through larger ice-covered bodies of water are the remnants of ice-breaking boats and ships.

ALOS captured this image on 24 February 2011. ALOS was supported as a Third Party Mission, which means that ESA used its multi-mission ground systems to acquire, process, distribute and archive data from the satellite to its user community. In April 2011 the satellite abruptly lost power while mapping Japan’s tsunami-hit coastline.