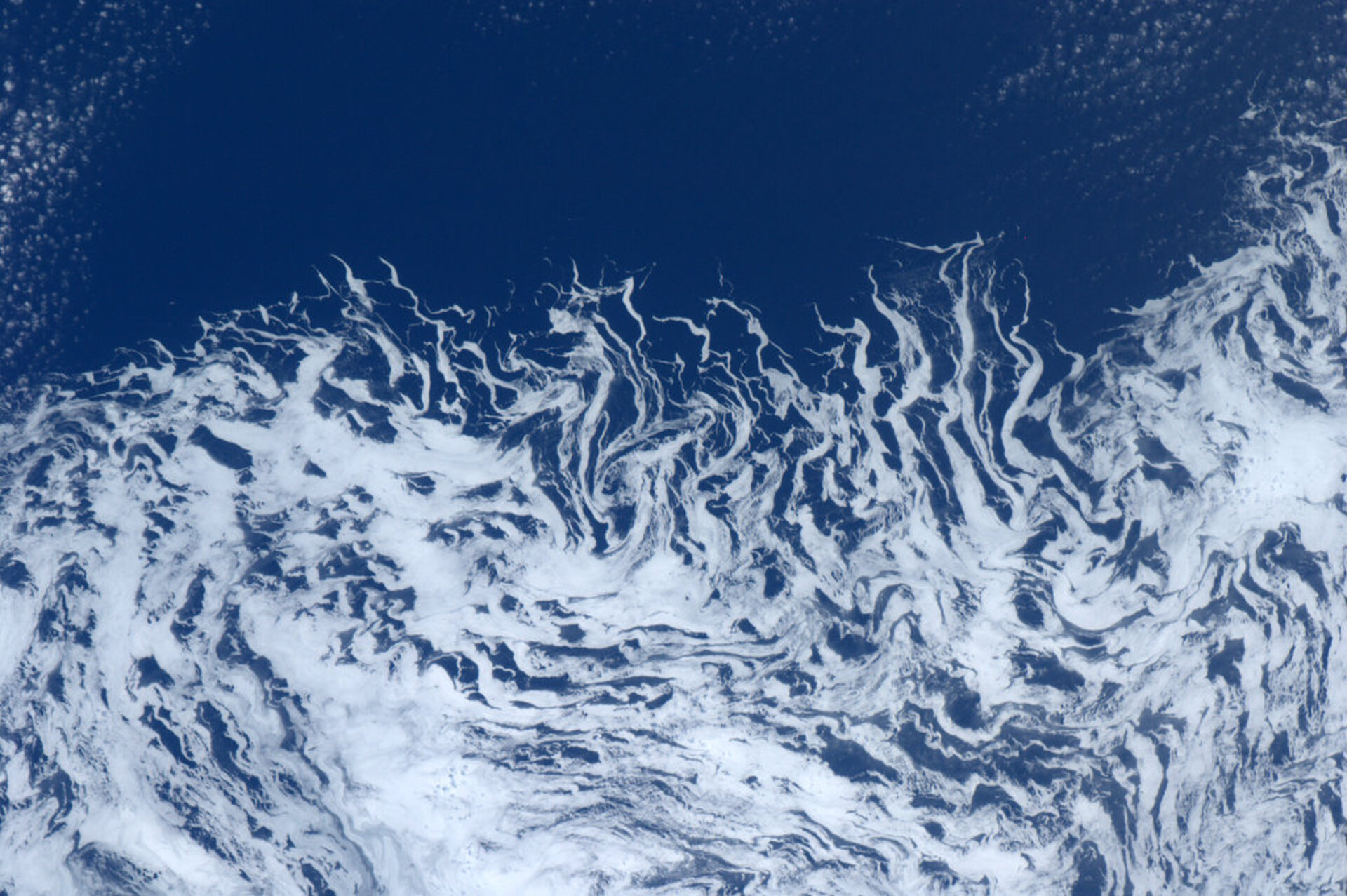 Wisps of sea ice in the sea at Othotsk, Russian east coast.

This photo was taken by ESA astronaut André Kuipers and released during Earth Hour on Saturday 31 March 2012.

Earth Hour is a world effort to raise awareness about the need to take action on climate change. World Wide Fund for Nature ambassador André Kuipers and ESA supported the initiative.