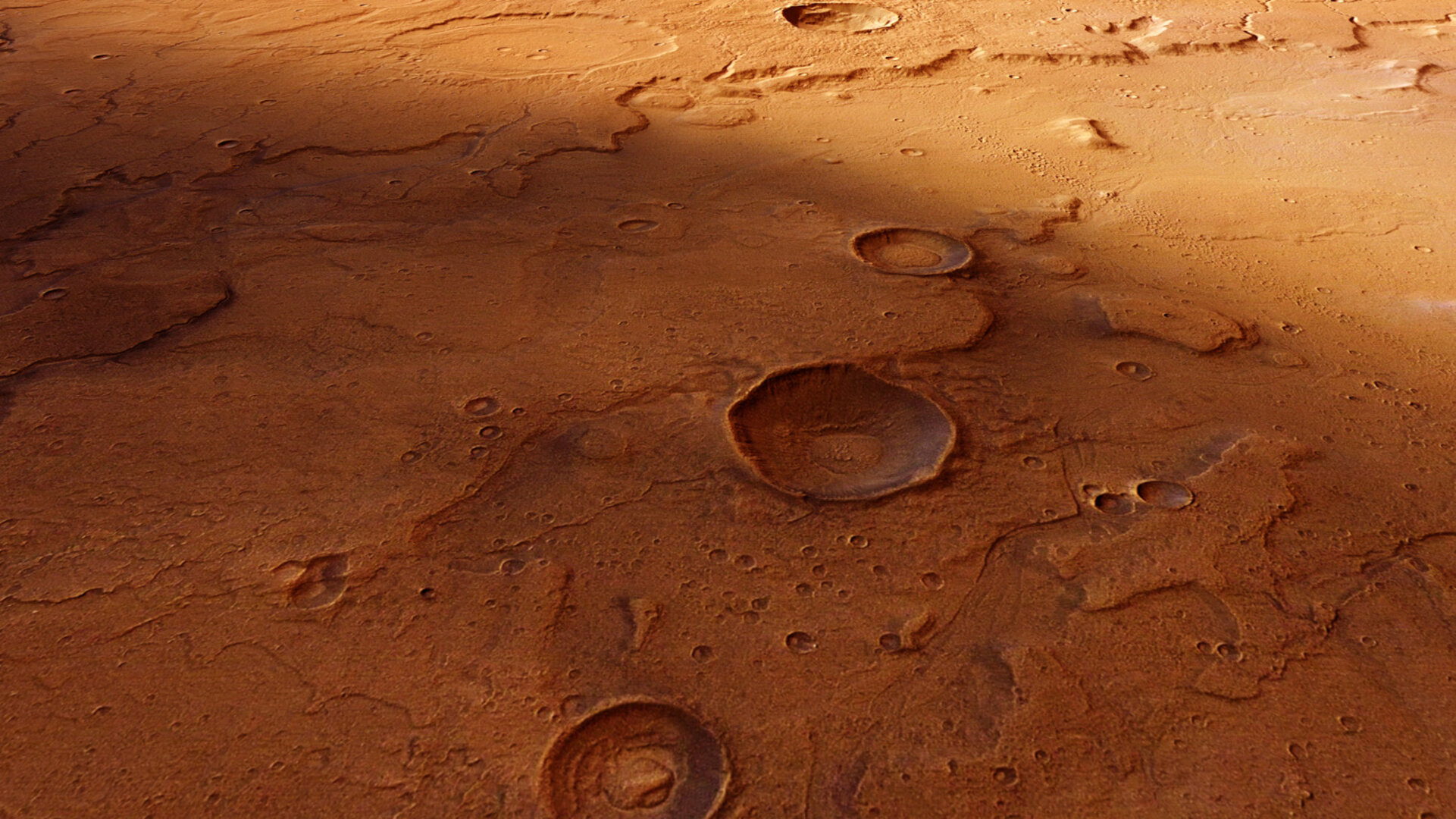 The transition between Acidalia Planitia and Tempe Terra is shown here in a computer-generated perspective view. The image was created using data obtained from the High-Resolution Stereo Camera (HRSC) on ESA’s Mars Express spacecraft. Centred at around 37°N and 306°E, this image has a ground resolution of about 15 m per pixel. The foreground craters are believed to come from a younger phase in Mars history, evidenced by a lack of erosion and infilling seen in the background craters, which are believed to have once held liquid water.