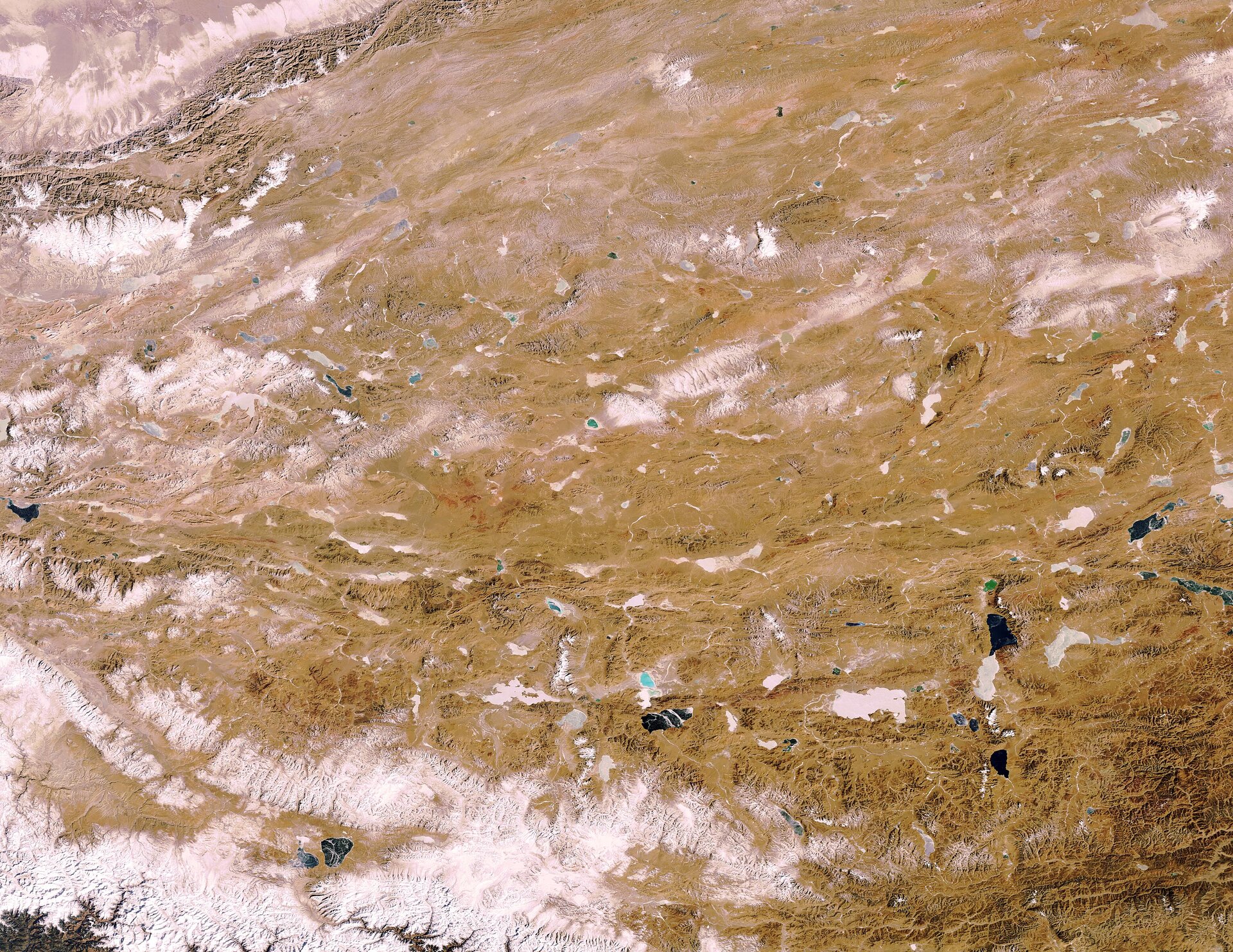 Frozen lakes dotting the Tibetan Plateau in Central Asia are pictured in this image, acquired on 30 January 2012 by ESA’s Envisat satellite.

To its south Tibet is boarded by the Himalayan mountain rage – part of which is visible in the lower-left corner of the image. To the northwest, we can see part of the Kunlun mountains, separating the plateau from the Tarim Basin. Both salt- and freshwater lakes are visible across the steppe – many of which freeze for many months of the year.