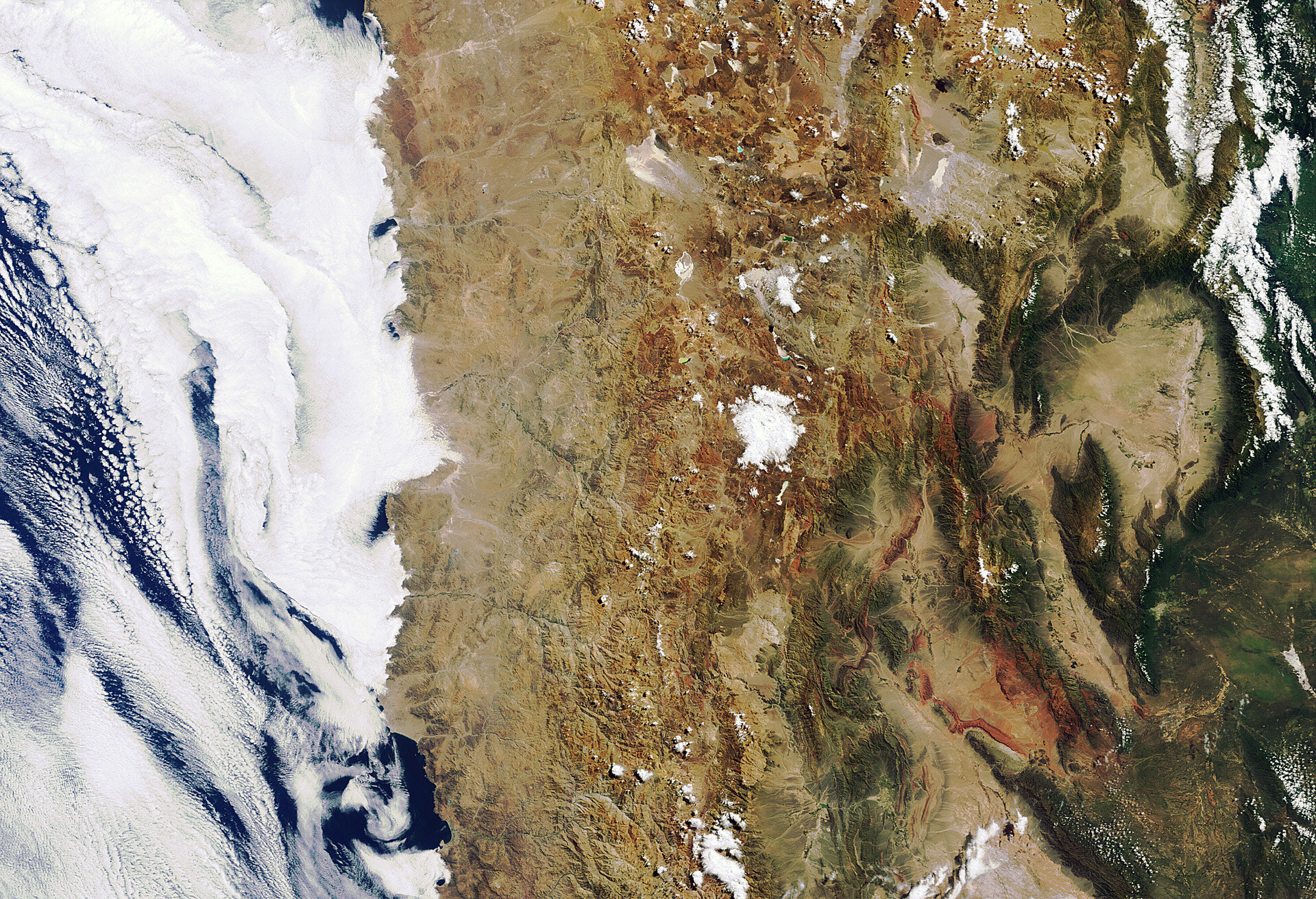 The southern Atacama Desert is pictured in this Envisat image, with the border of Chile (west) and Argentina (east) running down the middle.

The Atacama is believed to be the driest desert in the world, and the lack of cloud cover in this image highlights the dry climate.

Just off the coast, the cold surface of the South Pacific Ocean leads to a cooling of air masses, resulting in cloud formation and precipitation over the water. These clouds can clearly been seen in the image, though they rarely reach the land.

This phenomenon is common in several coastal areas such as the North American deserts of the southwestern United States and Mexico, or the Namib Desert on the west coast of southern Africa.

Because of the plateau’s high altitude, low cloud cover and lack of light pollution, it is one of the best places in the world to conduct astronomical observations and home to two major observatories.

Some areas of the desert have been compared to the planet Mars, and have been used as a location for filming scenes set on the red planet.

ESA recently tested a self-steering rover in the Atacama, which was selected for its similarities to martian conditions.

The desert also has rich deposits minerals like copper, and is home to the world’s largest natural supply of sodium nitrate.

East of the desert plateau are the Andes mountains and some greener areas of northern Argentina, though still very arid. The population is concentrated around water courses, water being distributed by canals and irrigation ditches.

This image was acquired by Envisat’s MERIS instrument on 4 March 2012.