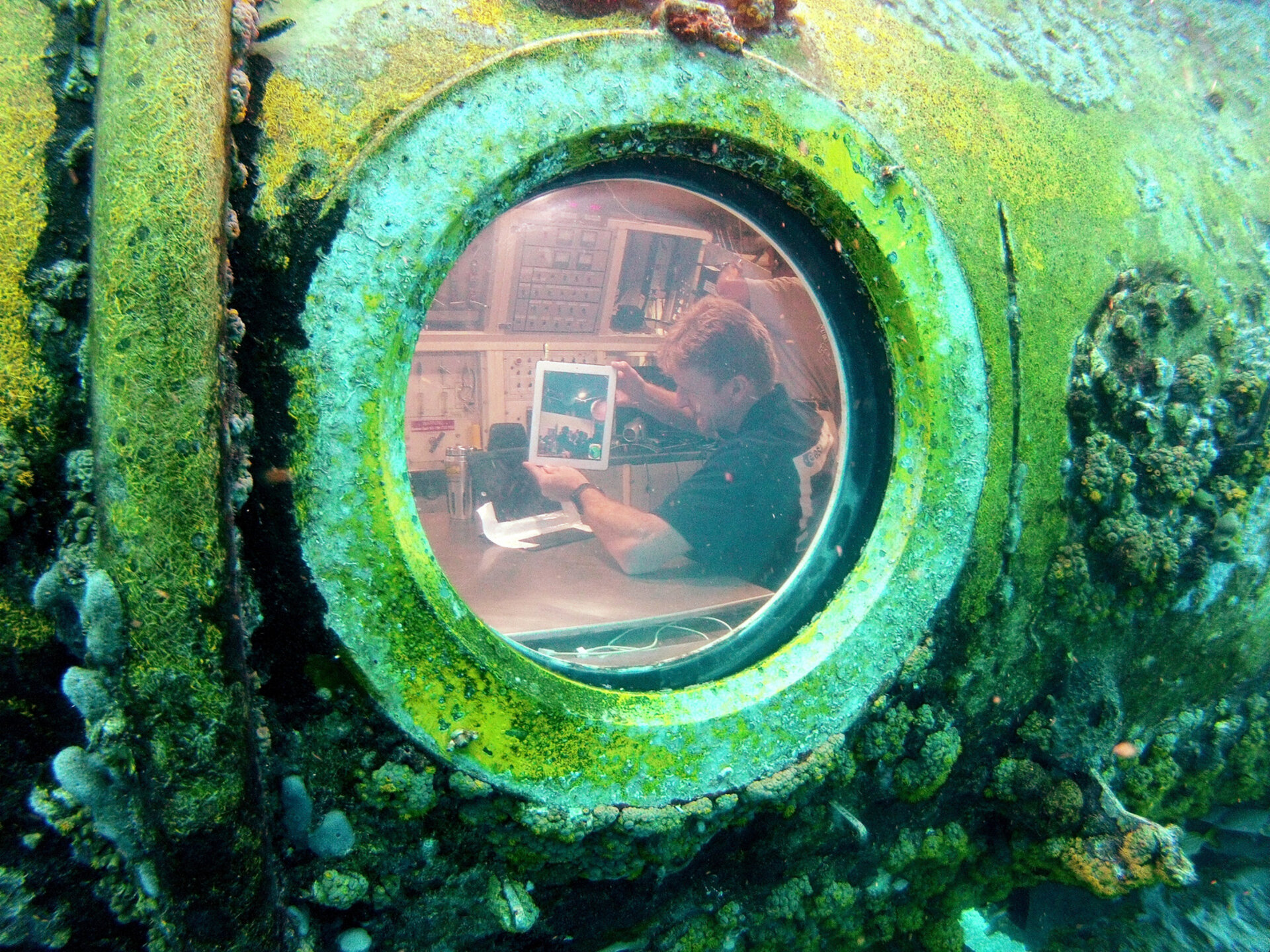 Live videolink between Aquarius and Scotland

ESA astronaut Timothy Peake during a live video link from the Neemo base with the UK Space Environment Conference, in Aberdeen, Scotland. Tim also spoke to A-level students and the general public at Leicester’s National Space Centre, United Kingdom, on 20 July 2012.

He explained that the crew of astronauts and scientists living 20 m below sea level for 12 days tested potential methods and tools for future manned missions to an asteroid.

This picture was taken by ESA astronaut trainer Hervé Stevenin diving outside the Aquarius. Tim is showing Hervé to his audience via an iPad camera.