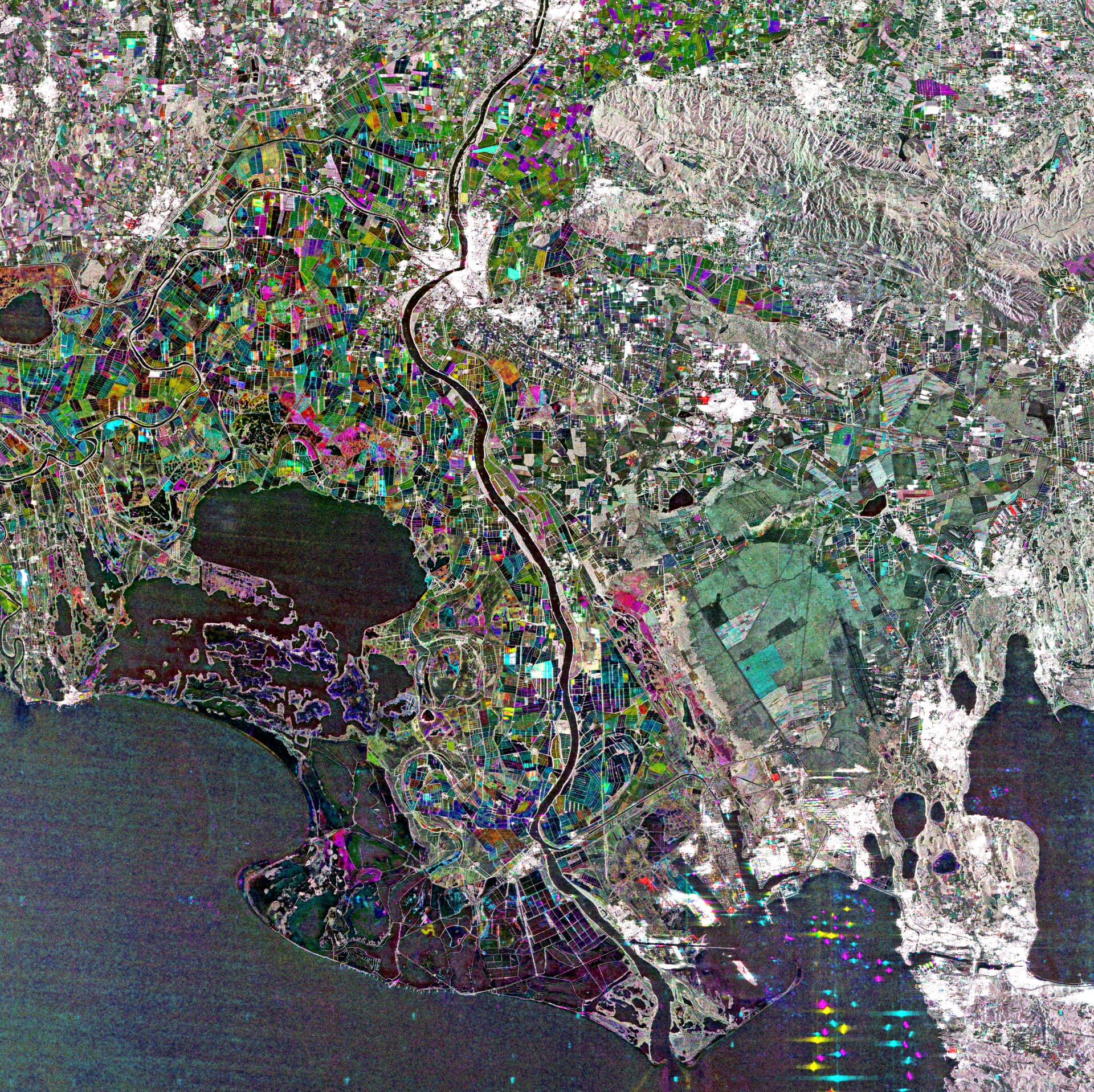 This image from Japan’s ALOS satellite shows southern France and the divide of the Rhone River: the 'Grand Rhône' flows down the centre of the image while the 'Petit Rhône' is visible to the west.

This divide at the French city of Arles forms the Camargue delta region. The area is flat, with large lagoons and marshes. The land is largely used for agriculture, but a regional park protects this large and important wetland environment.

The research centre for Mediterranean wetlands, Tour du Valat, is located nearby in Arles.

As the home to hundreds of species of local and migratory birds, the Camargue is an important area for breeding and roosting, and is one of the few European habitats for the Greater Flamingo. The area also has its own breed of bull and horse.

In the upper right corner of the image, we can see the Alpilles mountains. The range is about 25 km long and reaches only 380 m in height. The ground is mostly dry and rocky. On the lower slopes, the land is cultivated with olive and almond trees.

The green area south of the mountains is a large nature reserve. Not only are the fauna and flora protected here, but the local tradition of sheep breeding is also preserved.

Each is assigned a colour (red, green or blue) and combined to produce this representation. The colours reveal changes in the surface between the satellite’s passes.

This image is also featured in the Earth from Space video programme.