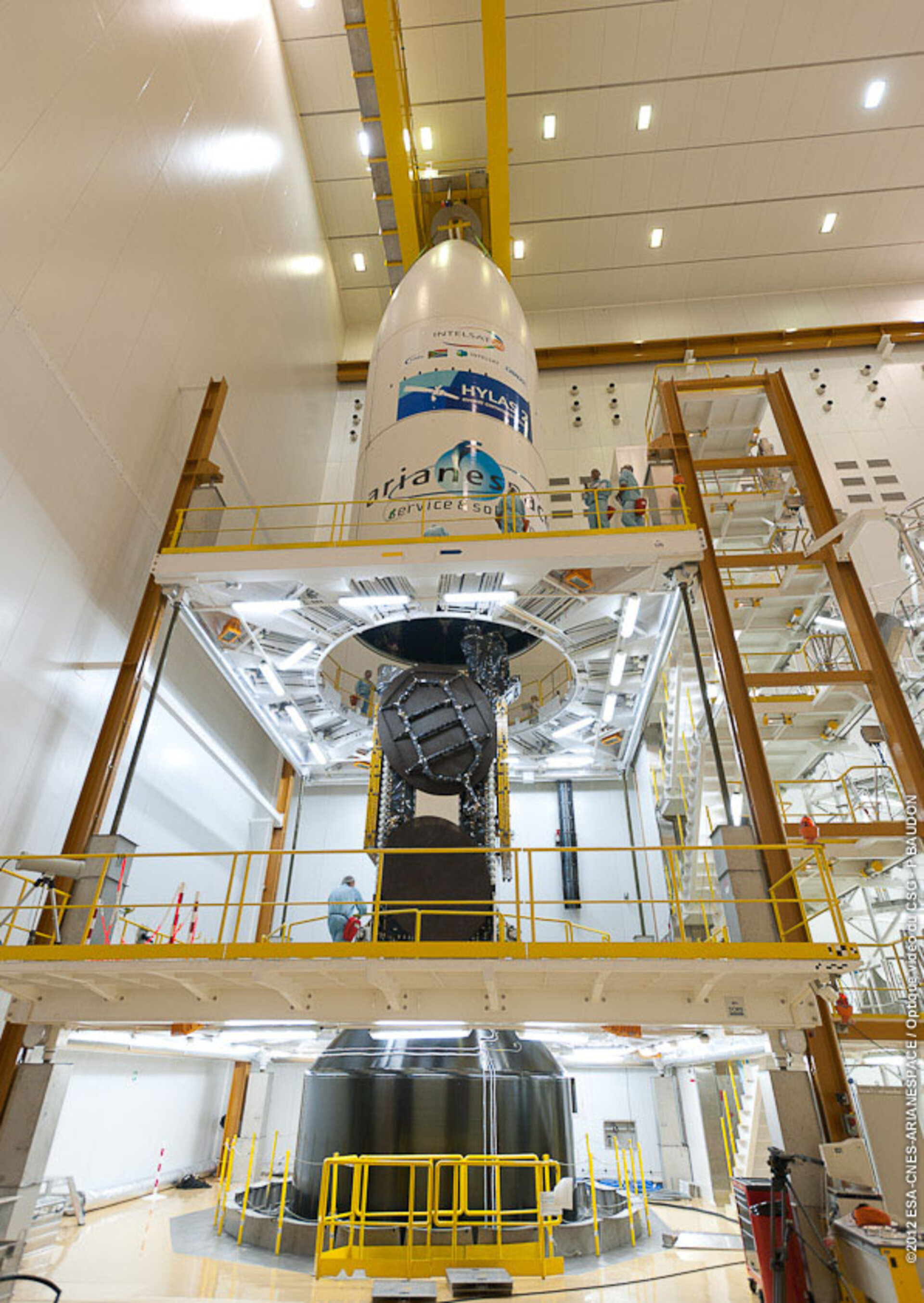 Hylas-2 is due to launch on an Ariane 5 on August 2012 together with Intelsat 20. With a launch mass of 3325 kg,Hylas-2 was constructed for UK company Avanti Communications by US-based Orbital Sciences Corporation. Due to be positioned in geostationary orbit at 33.5 degrees West – above the Atlantic – the satellite will employ high-bandwidth Ka-band to provide broadband internet and two-way data services across Eastern Europe, Africa and the Middle East.