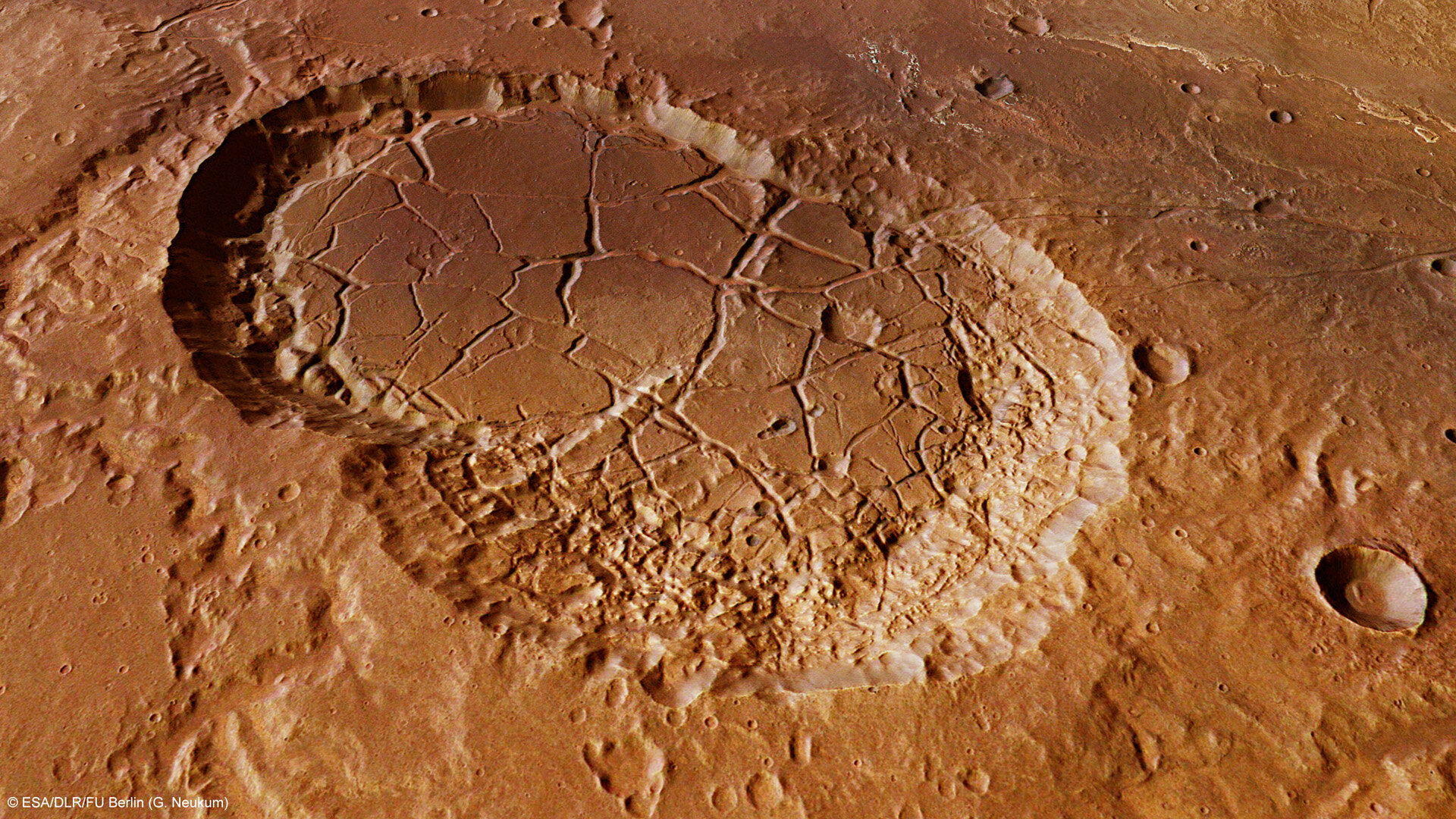 This computer-generated perspective view was created using data obtained from the High-Resolution Stereo Camera (HRSC) on ESA’s Mars Express. Centred at around 18°S and 329°E, this image has a ground resolution of about 20 m per pixel. Sigli and Shambe dominate this image, which highlights the deep fracturing within the crater walls. The shape of the craters leads scientists to believe they were formed from the same impactor, which fragmented into two pieces just before hitting Mars.