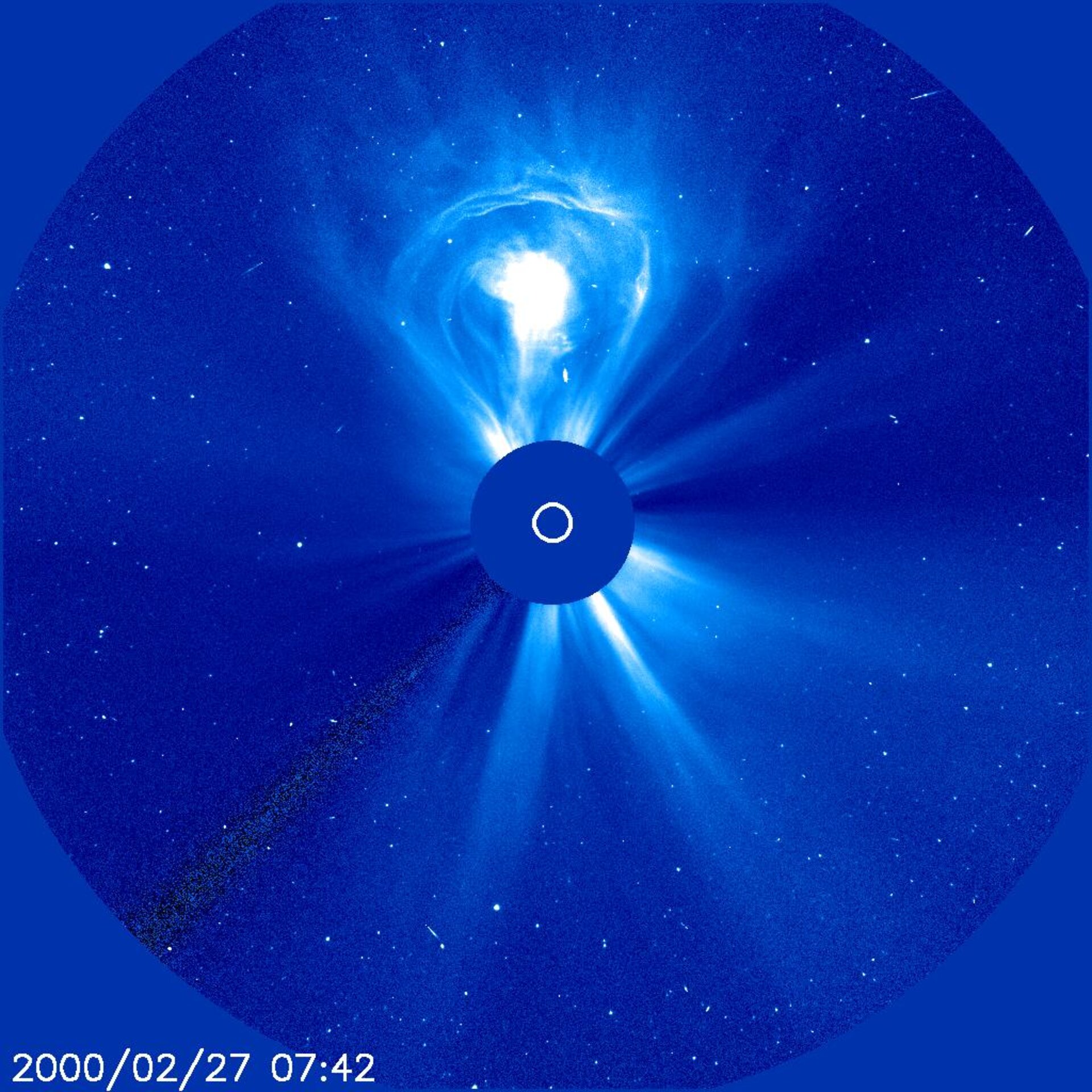 The image was taken with SOHO’s LASCO 3 instrument (Large Angle and Spectrometric Coronagraph) on 27 February 2000. The shaded disc at the centre of the image is a mask in the LASCO instrument that blots out direct sunlight to allow study of the faint details in the Sun's corona. The white circle added within the disc shows the size and position of the visible Sun.

SOHO is an international collaboration between ESA and NASA. It was launched in 1995 and orbits around the Sun in step with Earth, 1.5 million km away at the L1 point. Here, the combined gravity of Earth and Sun keep SOHO in an orbit locked to the Earth–Sun line, allowing SOHO to enjoy an uninterrupted view of our daylight star.