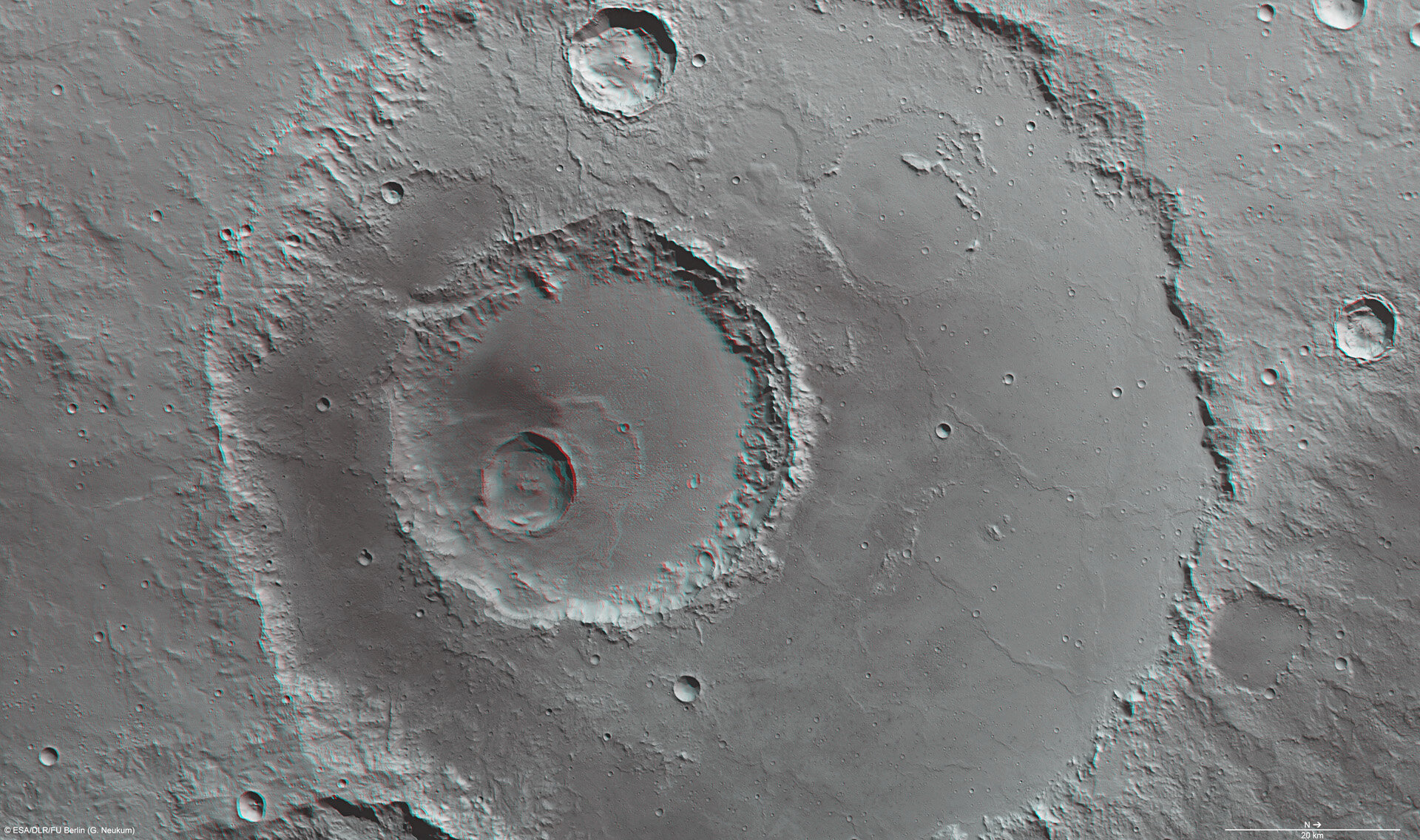 Hadley Crater imaged during revolution 10572 on 9 April 2012 by ESA’s Mars Express using the High-Resolution Stereo Camera (HRSC). Data from HRSC’s nadir channel and one stereo channel are combined to produce this anaglyph 3D image that can be viewed using stereoscopic glasses with red–green or red–blue filters. The image shows the buried craters within the main Hadley Crater perimeter, as well as wrinkle ridges, created when the crust cools and contracts. Centred at around 19°S and 157°E, the image has a ground resolution of about 19 m per pixel.