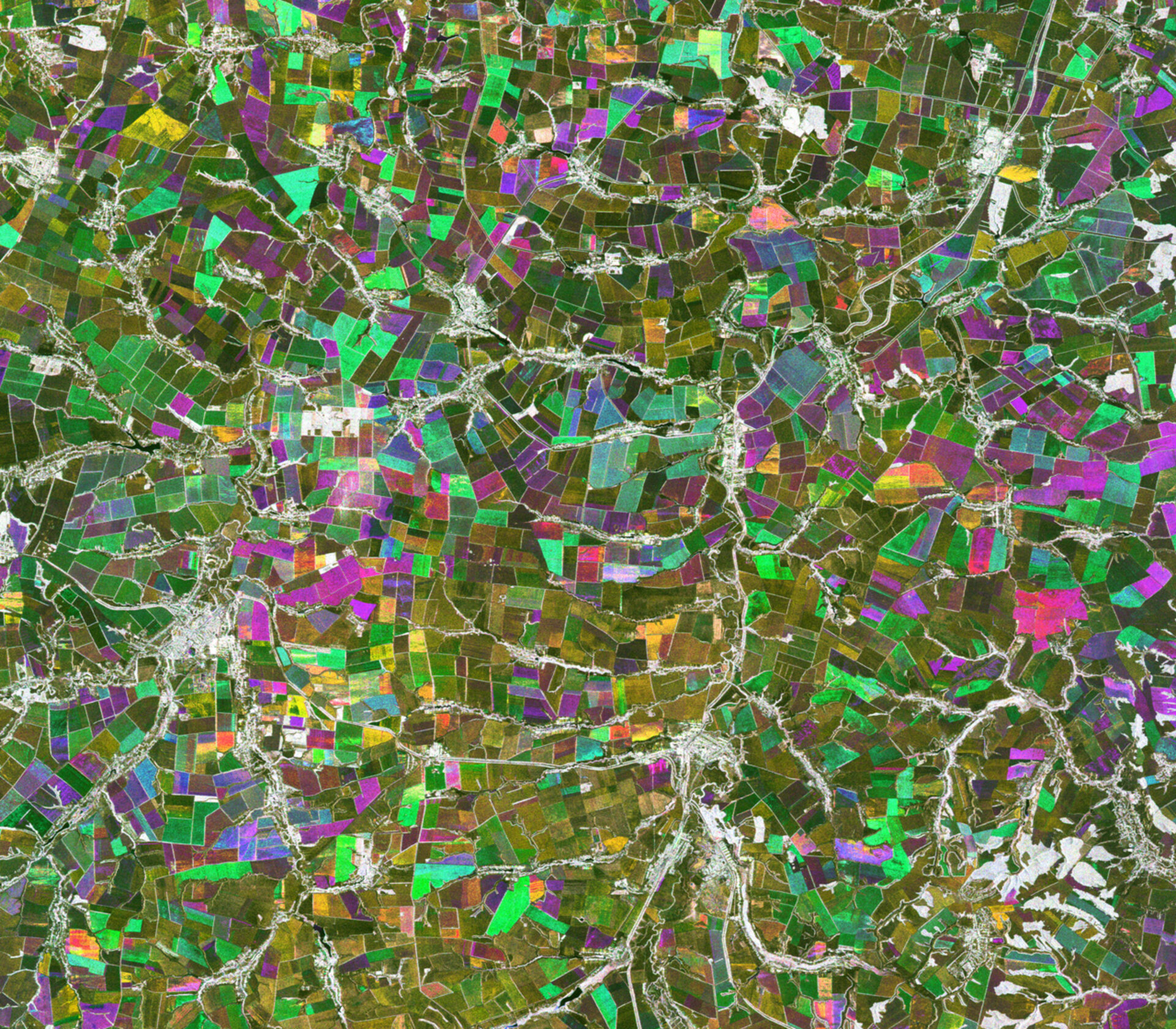 An area with extensive agricultural use in western Russia is pictured in this image from Japan’s ALOS satellite, with roads and rivers cutting through the cropland.

This area is about 400 km directly south of Moscow. Many grains are grown here, such as winter wheat and rye.

The area is part of Russia’s Black Earth Region, a strip of land across multiple regions that is known for its black soil called chernozem. This fertile soil produces a high agricultural yield.

The Black Earth Region is part of a greater Eurasian chernozem belt, which cuts across parts of Serbia, Bulgaria, Romania, Ukraine, Russia and into Siberia. There is a similar belt of black soil in the Canadian Prairies.

The terrain can also be found in small quantities elsewhere and is the most fertile soil on Earth.

This image is a compilation of three passes by the Japanese Advanced Land Observation Satellite’s radar on 14 June 2009, 14 September 2009 and 2 August 2010.

Each image at the different recording date is assigned a colour (red, green or blue) and combined to produce this representation. The colours reveal changes in the surface between the satellite’s passes.

Satellites can not only detect surface changes, but can also be used for plant identification and for yield prediction.