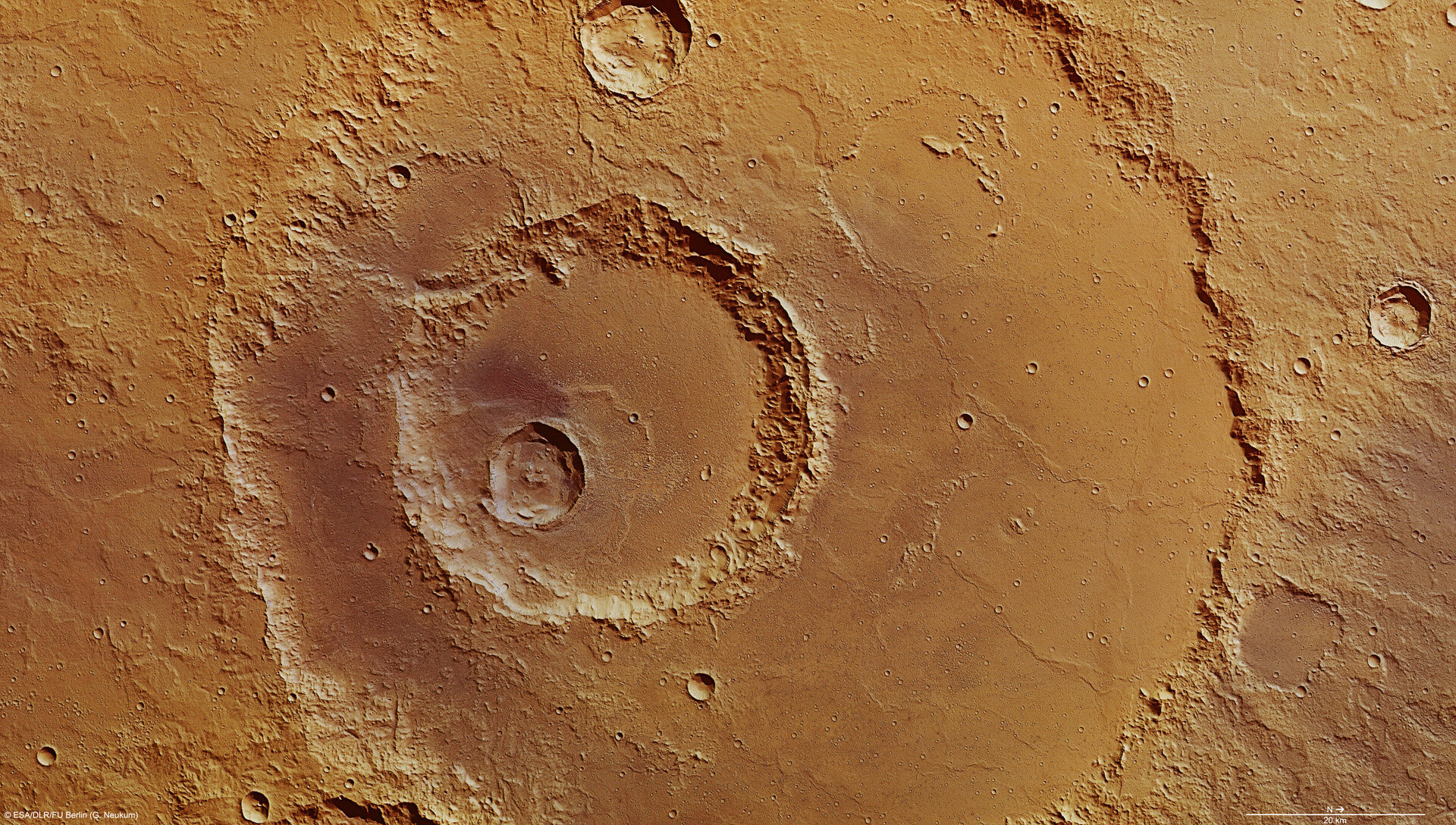 High-Resolution Stereo Camera (HRSC) nadir and colour channel data taken during revolution 10572 on 9 April 2012 by ESA’s Mars Express have been combined to form a natural-colour view of Hadley Crater. Centred at around 19°S and 157°E, the image has a ground resolution of about 19 m per pixel. The image shows the main 120 km wide crater, with subsequent impacts at later epochs within it. Evidence of these subsequent impacts occurring over large timescales is shown by some of the craters being buried.