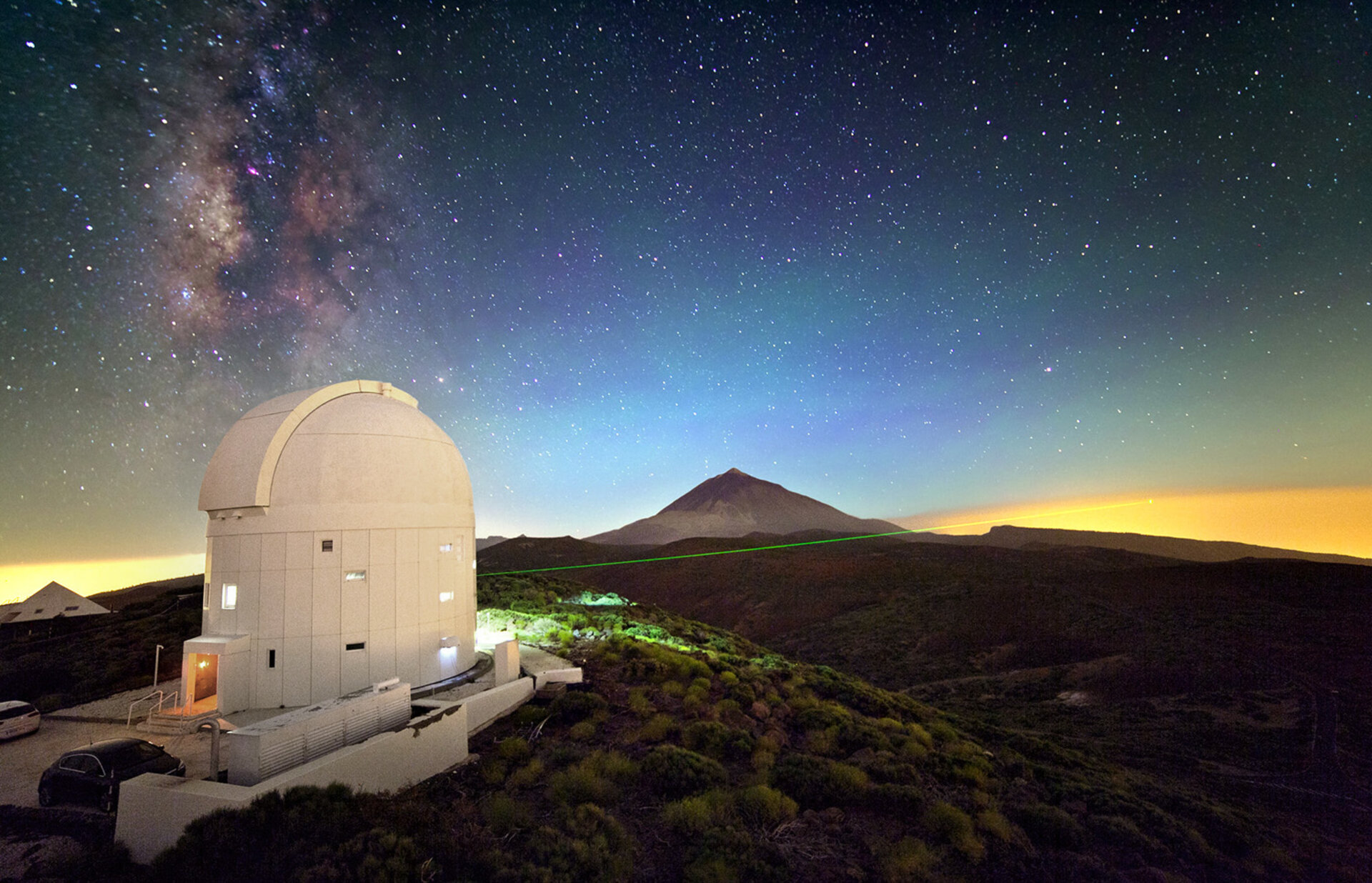 ESA's Optical Ground Station (OGS) is 2400 m above sea level on the volcanic island of Tenerife. Visible green laser beams are used for stabilising the sending and receiving telescopes on the two islands. The invisible infrared single photons used for quantum teleportation are sent from the neighbouring island La Palma and received by the 1 m Telescope located under the dome of the OGS. Initial experiments with entangled photons were performed in 2007, but teleportation of quantum states could only be achieved in 2012 by improving the performance of the set-up.
Aside from inter-island experiments for quantum communication and teleportation, the OGS is also used for standard laser communication with satellites, for observations of space debris or for finding new asteroids. The picture is a multiple exposure also including Tenerife's Teide volcano and the Milky Way in the background.