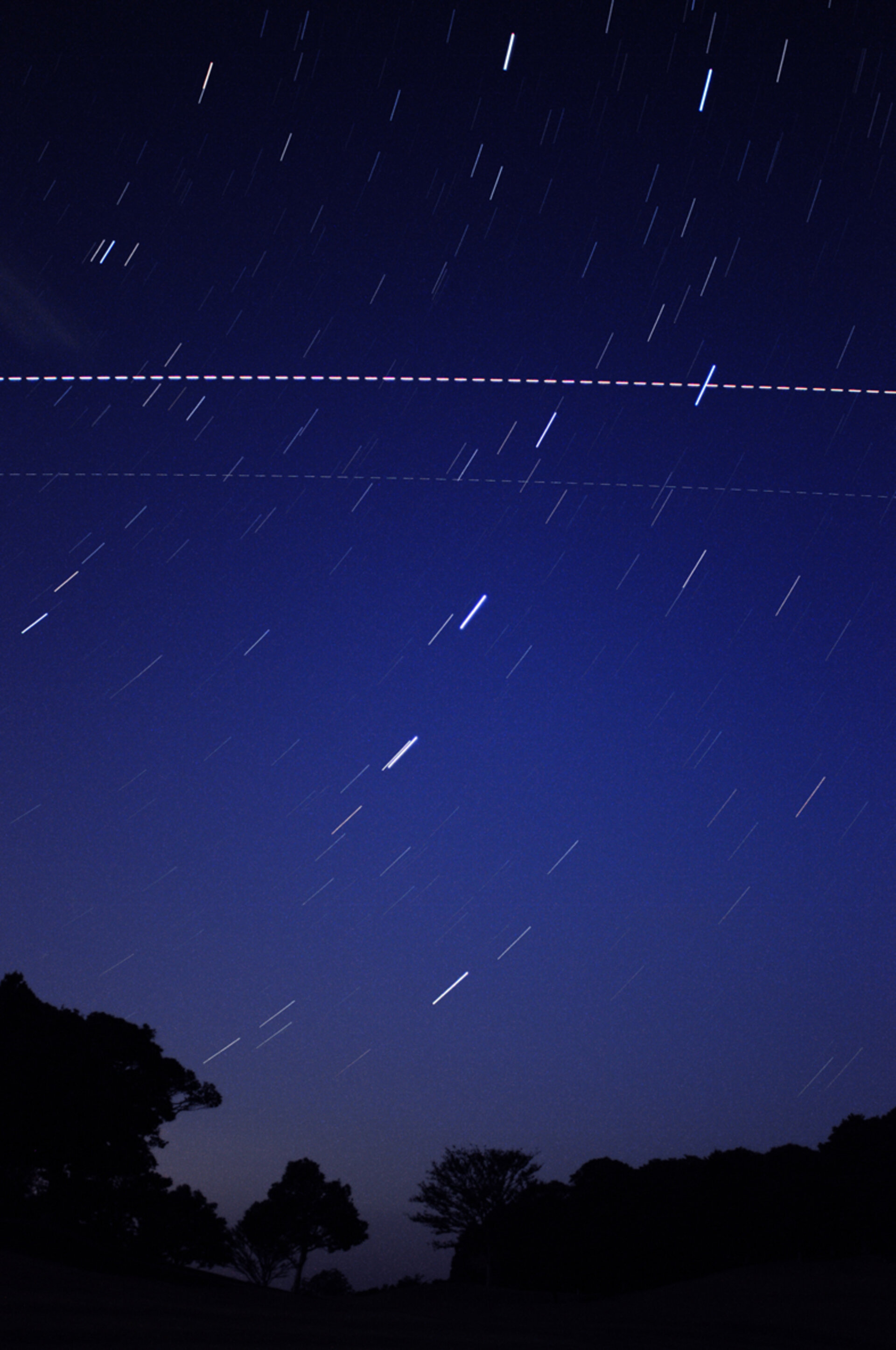 This picture was taken in Chibo, Japan on 2 October 2012 at around 4:30 JST (23:00 GMT) and shows the orbits of both the International Space Station (brighter dotted line) and ATV-3.

Edoardo Amaldi undocked from the Space Station on 28 September and completed the final part of its six-month servicing mission to the Station by reentering the atmosphere on 3 October and burning up as planned over an uninhabited area of the southern Pacific ocean.