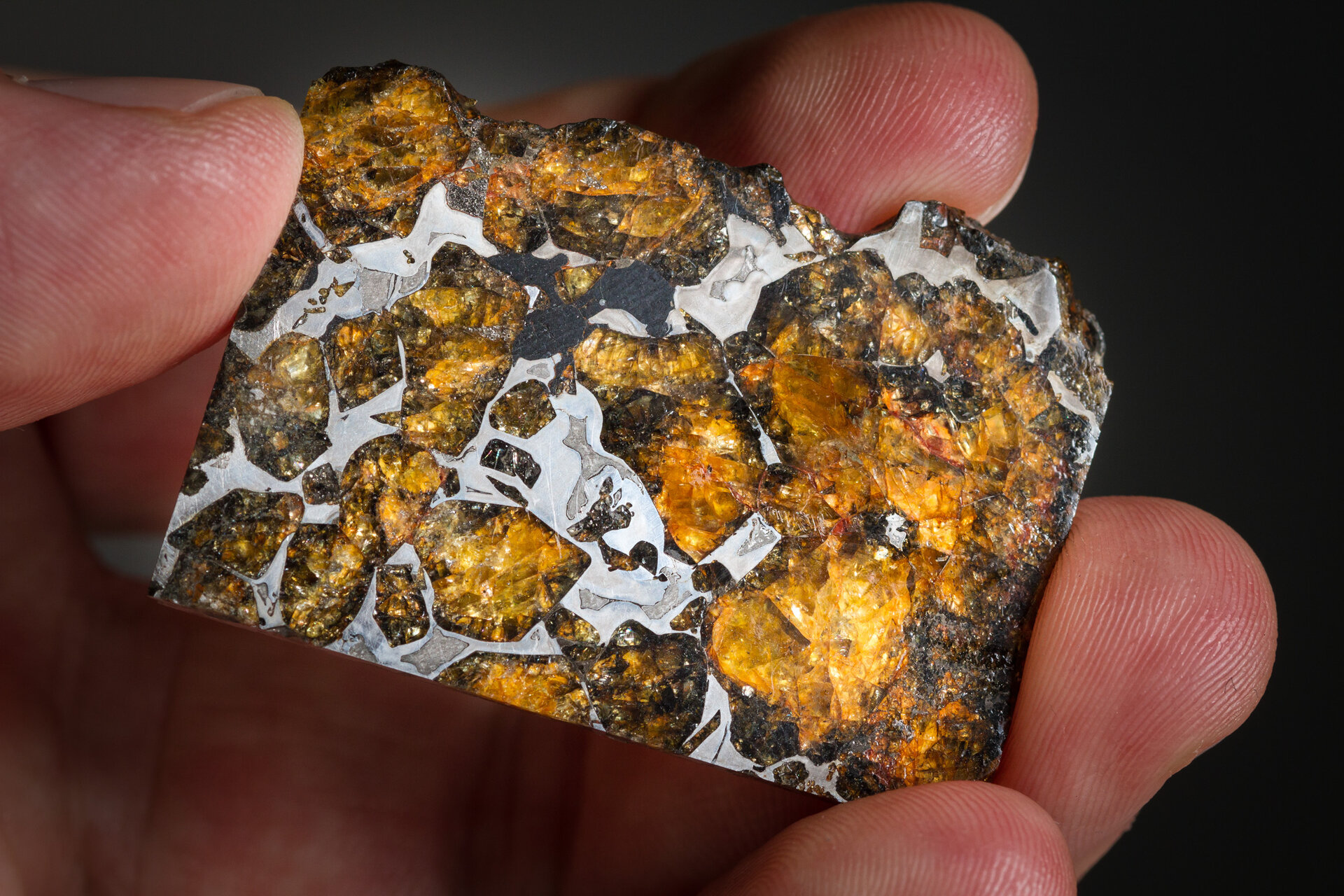 Close-up of olivine crystals seen inside a meteorite found on Earth that originated from a partly melted Solar System asteroid. The yellow olivine crystals are on the order of a few millimetres to centimetres in size and are held together by an alloy of iron and nickel. In contrast, the olivine crystals found in pristine comets, such as in the material measured in the Beta Pictoris system by ESA’s Herschel space observatory, are iron-poor but magnesium-rich.