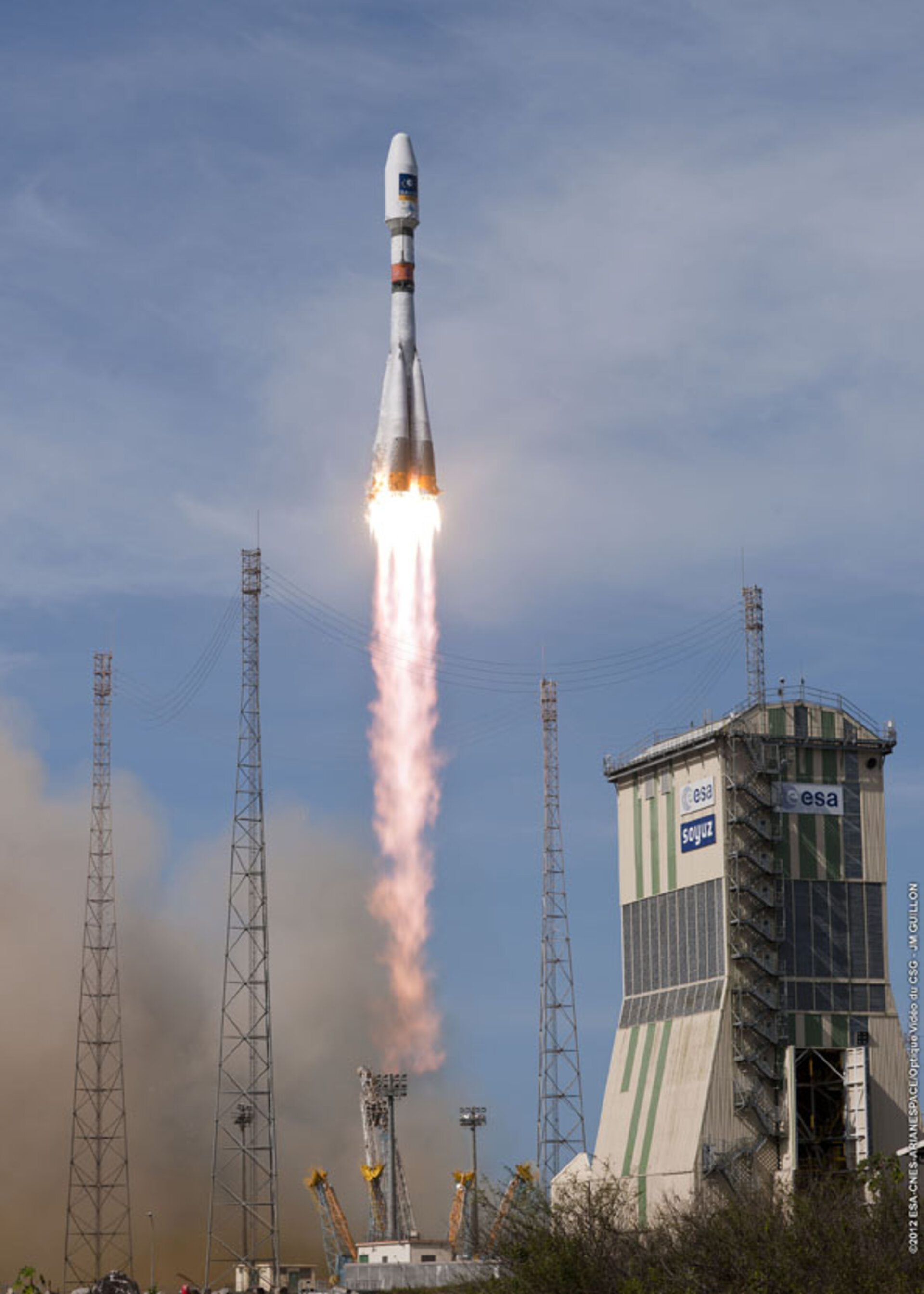 The third and fourth satellites of Europe’s Galileo global navigation satellite system were lofted into orbit on 12 October from Europe’s Spaceport in French Guiana. They join the first pair of satellites launched a year ago to complete the validation phase of the Galileo programme.

The Soyuz ST-B launcher, operated by Arianespace, lifted off at 18:15 GMT (20:15 CEST) from the Guiana Space Centre.

All the stages of the Soyuz vehicle performed as planned and the Fregat-MT upper stage released the Galileo satellites into their targeted orbit at close to 23 200 km altitude, 3 hours 45 minutes after liftoff.