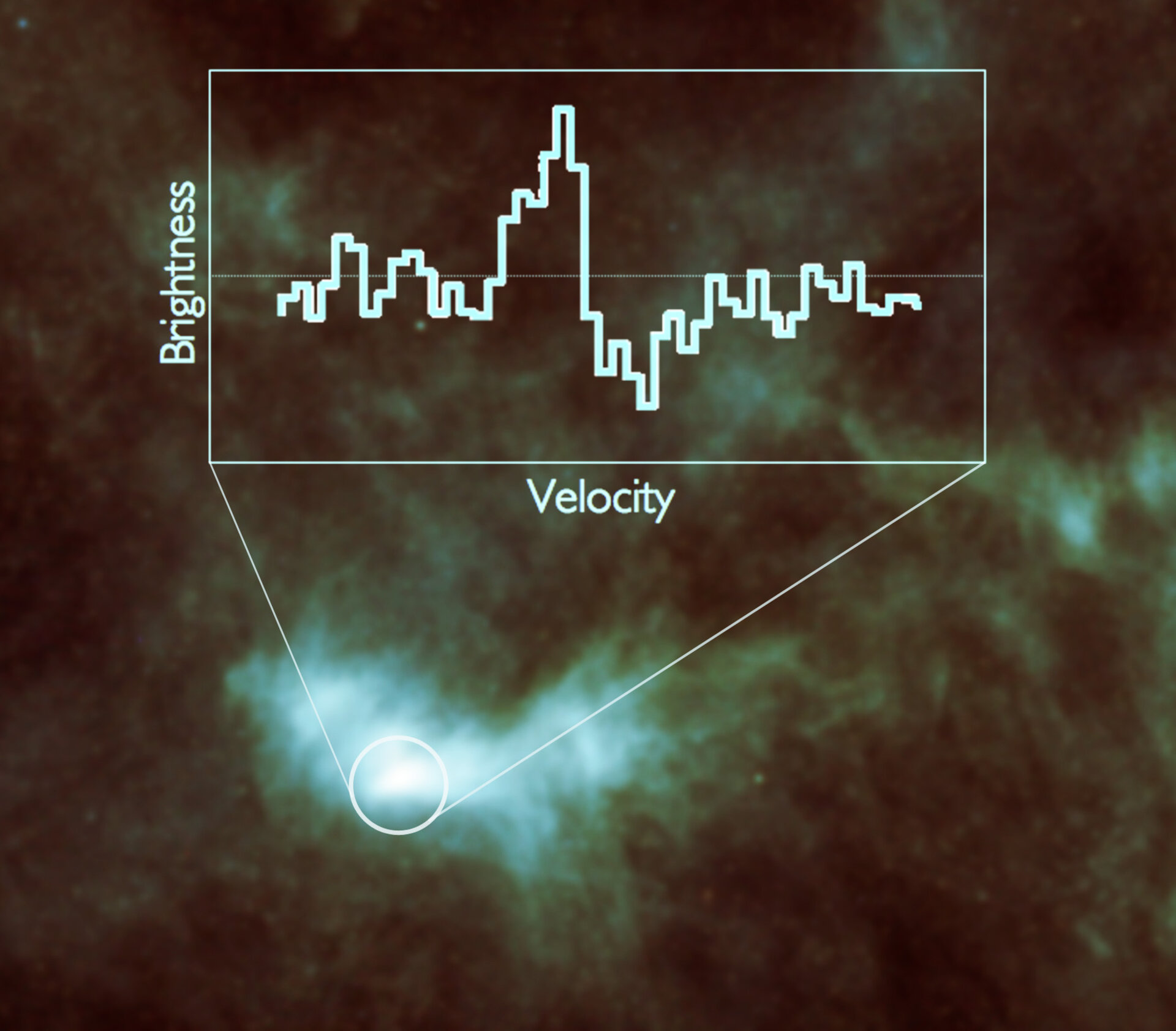 Close-up of L1544 with the water spectrum seen by Herschel, taken from the centre of the pre-stellar core. The peak of the graph shows an excess in brightness, or emission, while the trough shows a deficit, or absorption. These characteristics are used to indicate the density and motions of the water molecules within the cloud. Emission arises from molecules that are approaching the centre where the new star will form, from the back of the cloud from Herschel’s viewpoint. The amount of emission indicates that these molecules are moving within the densest part of the core, which spans about 1000 Astronomical Units. The absorption signature is due to water molecules in front of the cloud flowing away from the observer towards the centre. These water molecules are in less dense regions much further away from the centre. Together, the emission and absorption signatures indicate that the cloud is undergoing gravitational contraction, that is, it is collapsing to form a new star. Herschel detected enough water vapour in L1544 to fill Earth’s oceans more than 2000 times over.