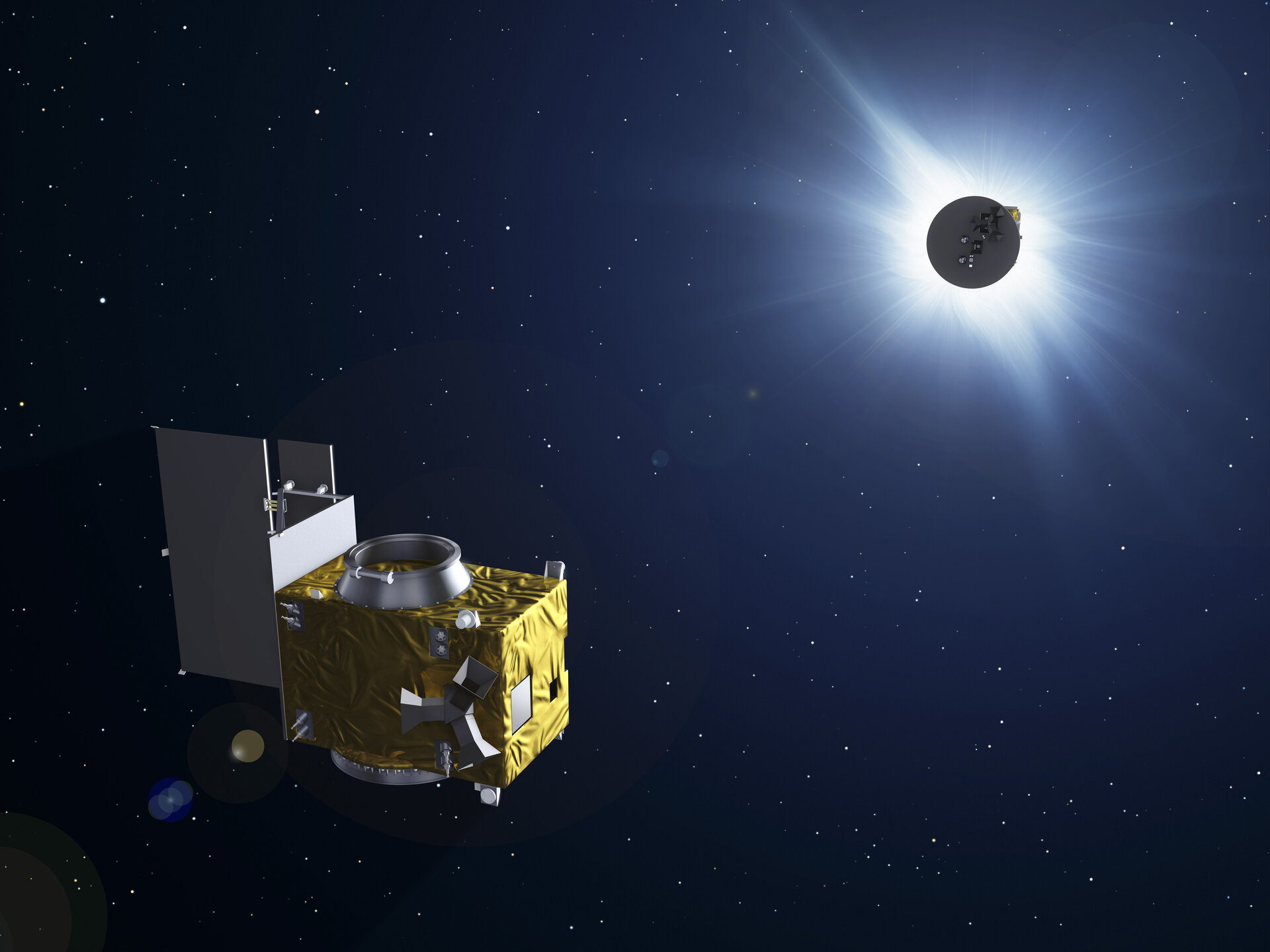 ESA’s double-satellite Proba-3 mission will be flying where no previous member of the Proba minisatellite family has gone before – up to 60 000 km away, a seventh of the way to the Moon.

Set for launch in 2019, the two satellites will be launched together into a highly elliptical or elongated orbit, ranging from an perigee (low point) of 600 km up to an apogee (high point) of 60 000 km.

“And around the high point of the orbit we will be able to spend around six hours on solar observation or devoted to experimental formation flying manoeuvres.”

The challenge is in keeping the satellites safely controlled and correctly positioned relative to each other. This will be accomplished using various new technologies, including bespoke formation-flying software, relative GPS information, intersatellite radio links, startrackers, and optical visual sensors and optical metrologies for close-up manoeuvring.