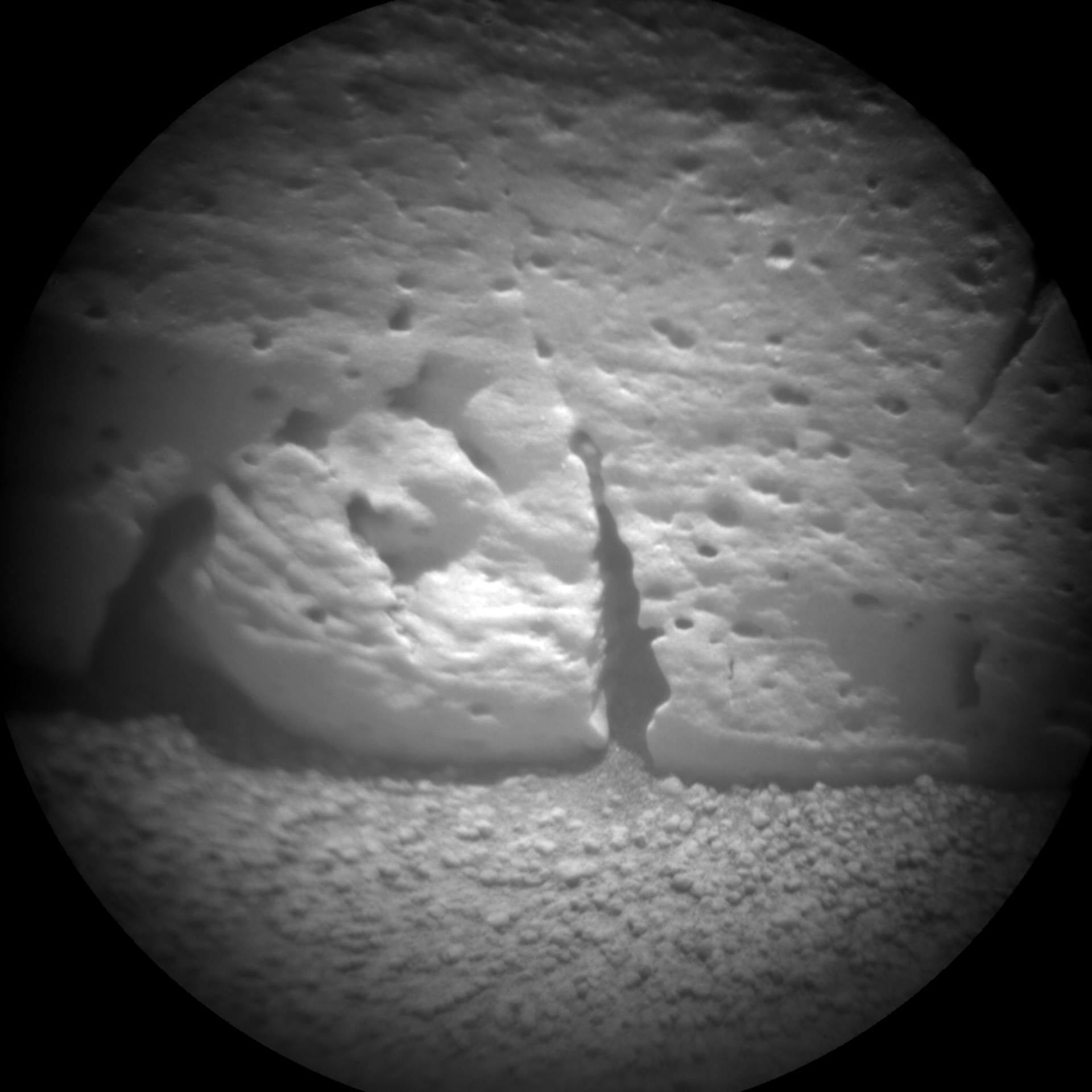 This was taken on Sol 57 (4 October 2012) of target Rocknest3 using the ChemCam Remote Micro-Imager (RMI) on the NASA Curiosity rover at a distance of 3.7 m. The image was downlinked to Earth by ESA's Mars Express orbiter via the 35m deep space ESTRACK station in New Norcia, Australia. This image was taken before a series of five ChemCam Laser-Induced Breakdown Spectrometer (LIBS) observations. Rocknest is the name of the area where Curiosity stopped for a month to perform its first mobile laboratory analyses on soil scooped from a small sand dune. Rocknest3 was a convenient nearby target of which ChemCam made more than thirty observations overall consisting of 1,500 laser shots; it was also interrogated by the arm-mounted Alpha Particle X-ray Spectrometer (APXS) instrument.