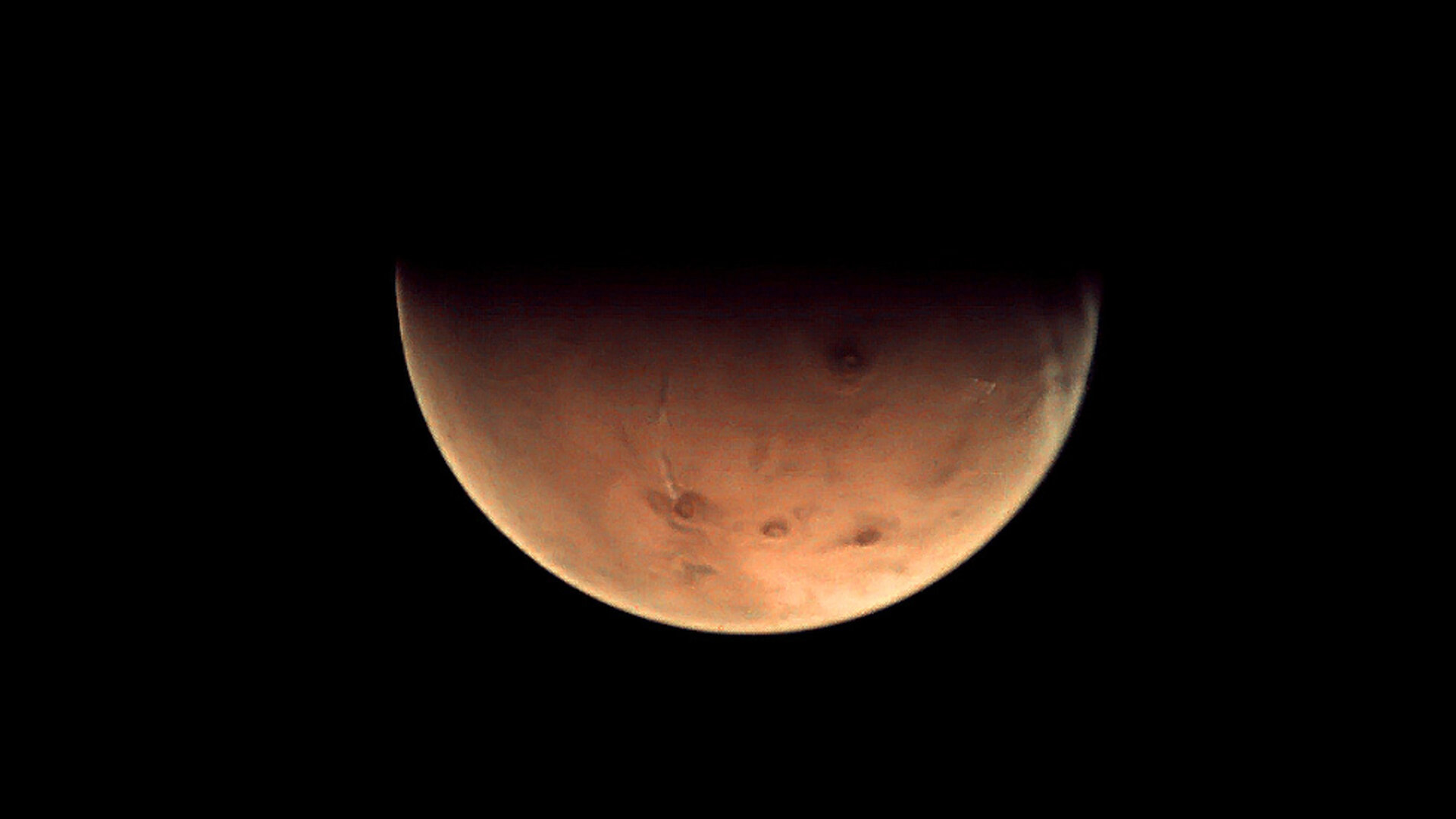 First data via Malargüe station: Mars as seen by VMC

On 18 December 2012, this image was selected as the symbolic 'first data' to be downloaded via ESA's new Malargüe deep-space tracking station in Argentina. The image was acquired by the Visual Monitoring Camera on the Mars orbiter and travelled 327 million kilometres in just over 18 minutes.

The tracking pass began at about 22:11 GMT (23:11 CET) on 18 December. On arrival at the station, the data were transmitted to ESOC, ESA’s European Space Operations Centre, Darmstadt, Germany.